The 2019 Metrobank Foundation Outstanding Filipinos were awarded in a ceremony held on Sept. 4, 2019 at the Metrobank Plaza Auditorium, Makati City. As one of the highlights of Metrobank’s 57th anniversary celebration, four teachers, three soldiers, and three police officers were each conferred with a gold medallion, “The Flame” trophy, and P1 million (net of tax) cash prize.

A Metrobank Foundation Outstanding Filipino is steered by the value of “Beyond Excellence,” raising the bar of excellence in their respective fields. Their contributions speak of service beyond one’s self – but to their sectors and in the larger community, inspiring their peers. Their service and community involvements have helped shape better communities and created a lasting positive impact upon the people.

In 2014, he was designated as Chief of the Strategic Communications Branch under the AFP’s Office for Strategic Studies and Strategy Management. He, together with the team, steered the development and implementation of the AFP Transformation Roadmap strategic communication plan called “Horizon 1.”

The legacy of Dr. Cristobal, Quezon City’s Veteran Innovator in History Instruction, in the Philippine Science High School (PSHS) can be best captured by her initiative to inspire changes to the students’ perspective towards learning history. She introduced a teaching strategy that requires grade seven learners to use primary sources in studying history.

Outside the system, Dr. Cristobal actively engages in providing teacher-training for Islamic teachers. Together with Ateneo de Davao University, she organized “Buklod Guro,” a program where best teaching practices of PSHS teachers are shared to madaris (Islamic schools) in several schools across Mindanao.

P/Col. Quilates, Batangas’ Vanguard of Public Safety, paved the way for the launch of Oplan Iron Curtain, colloquially known as “lockdown,” in 2018. Premised on unified command and coordination, this approach is hailed as best practice, and is the key to the successful arrests of notorious criminals, resulting to lower crime rate in the province and in the entire CALABARZON region.

Wearing his hats as both officer and legal practitioner, he initiated the Agapay Kabayan campaign which involves community extension programs that aim to provide indigent communities’ basic needs as well as make legal assistance available to the public, among others.

The awardees underwent a rigorous selection process and were chosen from hundreds of nominations. A Board of Assessors, composed of members from the government, academe, military, and NGO sectors, identified semi-finalists through a review of documents submitted. Eighteen (18) finalists were chosen whose accomplishments in service and community underwent the field validation process spearheaded by third-party organizations – the Philippine Social Science Council (PSSC) and the Career Executive Service Board (CESB). This process verified the significant contributions of the finalists to their respective fields and communities of influence.

Since 1985, the Metrobank Foundation has honored a total of 665 Outstanding Filipinos. The program is held in partnership with the Department of Education, Commission on Higher Education, Armed Forces of the Philippines, Philippine National Police, PSBank, Rotary Club of Makati Metro, and the Rotary Club of New Manila East. 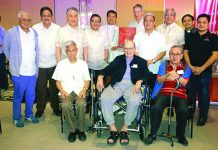 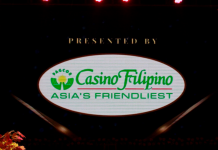