BACOLOD City – Police officials reassured residents of this city on their readiness from terrorism, criminality and other threats to peace and order.

“The beat patrollers include 53 organic personnel and 113 police trainees, along with those from the 10 police stations,” Pico added.

Police assistance desks (PADs) in shopping malls, and also in churches during the early morning masses were also installed, he said.

Pico said that policemen will also be deployed in ports during the influx of holiday travelers.

He added that the city police will remain on full alert for the whole month of December.

Pico appealed to residents of Bacolod to cooperate with the police in ensuring their safety and security.

“We would like to remind them that the police cannot watch them all the time. We also need their cooperation,” he added.

Pico advised that as much as possible, crowded areas should be avoided especially during rush hour when theft usually happens. (With a report from PNA/PN) 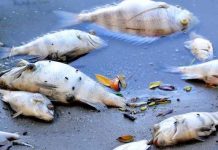