ROXAS City – The Philippine Army’s 3rd Infantry Division (3ID) based in Jamindan, Capiz is continuously transforming its camp into an ecotourism site and making it more “people-friendly.”

“People can freely visit our camp so we can showcase it to them. By doing so, we will be able to come closer to the people and people will start to love their Armed Forces,” said 3ID commander Major General Dinoh Dolina.

Camp General Macario Peralta Jr., home of the 3ID troopers, is the nation’s 3rd largest and only military camp with five waterfalls.

Dolina said the division is composed of the people’s soldiers and they do not consider the camp exclusive to the troops.

Inside Camp Peralta are waterfalls, a firing range and swimming pool which can all be enjoyed by the public.

“Visitors can enjoy trekking and jogging around the camp for free,” Dolina said.

He added the public could also look forward to a nine-hole golf course inside the camp.

“There is only one golf course here in Panay which is in Iloilo. We consider having a golf course here so those from the provinces of Aklan and Capiz may opt to play here,” Dolina noted. (With a report from PNA/PN) 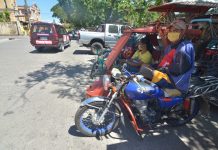 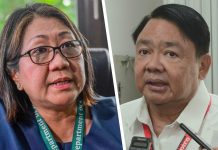