MANILA – President Rodrigo Duterte has justified his decision not to give Vice President Leni Robredo a Cabinet post, saying he could not trust the opposition stalwart with sensitive information about the state.

“Ang problema, I cannot trust her not only because she is with the opposition. I don’t trust her because I don’t know her. Hindi ko alam kung sino ang kausapin niya,” the President said in a press conference at the Malacañang late night on Tuesday.

The Chief Executive added that Robredo’s behavior and remarks following her appointment as anti-drug czar also didn’t inspire for her to be given a Cabinet post.

“So, nung nag sige siya magsalita, sabi ko, I will just forgo with the appointment of appointing her as a Cabinet member. She is with the opposition and she would be attending Cabinet meetings,” Duterte said.

“In Cabinet meetings, we discuss mundane matters; we discussed day-to-day matters, security matters, critical issues. Ngayon kung nandiyan siya, hindi ko talaga siya kilala and the way she behaved right after I appointed her is not inspiring,” he added.

Despite the tirade, Duterte said Robredo would keep her post and he was merely “setting the parameters” of her role as co-chair of the Inter-Agency Committee on

“I never said I was firing her. I said I would not appoint her as a Cabinet member,” Duterte said. “Kung Cabinet member siya and she looks into the records that are classified matters, China, whatever, kung hingiin niya ‘yan, being a Cabinet member she would have access to everything.”

Duterte earlier warned to fire Robredo if she discloses sensitive information on the drug war to foreign individuals and entities.

Robredo has asked for a list of “high-value” targets in the campaign against drugs from the Philippine Drug Enforcement Agency and the Philippine National Police./PN 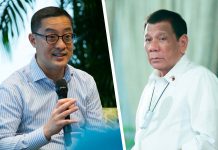 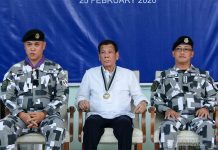