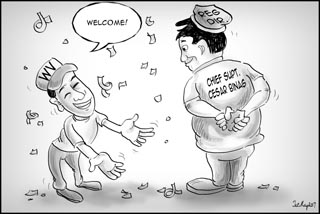 BECAUSE of its vast agricultural areas that hold the promise of huge production, Mindanao has long been the acknowledged Philippine food basket. Ironically, it has remained poor and due to years of neglect is fast becoming – pardon the pun – a basket case. With a President from Mindanao, it is hoped that the island will finally get the attention it deserves most especially in the economic sphere.

The poor in Mindanao have become the most vulnerable to food shortages due to the complacency and neglect of the national government in recent decades, as well as its failure to achieve enduring peace and security in the region. With its fertile soil and good climate, Mindanao can be the principal source of rice and corn in the country. Unfortunately, we have failed to invest in the rehabilitation and development of key areas such as the Agusan River Basin System that can offer a wide expanse for irrigated farms.

Over-reliance on rice imports is not the key to food security in the Philippines especially since soaring food prices have led rice-producing countries to cut back on export volumes. Other countries are maximizing their natural resources to ensure adequate food supply. We must do the same because the food crisis will be a recurring one.

Despite Mindanao being the country’s second biggest island, just exactly how vast are the agricultural lands serviced by irrigation? Still, we remember that despite these handicaps, Mindanao was able to produce P280 billion worth of agricultural products in 2005. Rice and corn yield in 2005 was 6.6 million metric tons. Fisheries output was two million metric tons annually. When it comes to rice and fish, Mindanao is more self sufficient and could feed its 23 million population.

The key is to unlock the full farming potential of the island. The fact that Mindanao is below the typhoon zone makes its climate very hospitable for agriculture. Infrastructure investment last more in Mindanao because they are insulated from typhoons. There’s no need to replenish them periodically as compared to typhoon-prone area.

There is no reason for Mindanao to go hungry. It is blessed with natural assets and manpower, which makes agriculture a robust occupation in the area.