Iloilo United Royals are set to play their second home game in the 2019-2020 Maharlika Pilipinas Basketball League Lakan Cup when it faces Davao Occidental Tigers on October 19 at the City of Passi Arena in Passi City, Iloilo.

The Royals-Tigers match is scheduled at nine in the evening following the first game between the Pasay Voyagers and Manila Frontrow Stars at seven in the evening.

The Royals have recently signed up Mac Racho, who will took over the spot left by now TNT KaTropa guard Rodel de Leon, while Jerson Prado is to made his debut after his UAAP stint with the University of the Philippines Fighting Maroons.

The Tigers, which is one of the leaders of the league at 12-2 win-loss record, will parade Ilonggo guard Billy Ray Robles as well as Negrense forward Mark Yee.

This will be the second time that the Royals are playing at home after their close 52-56 defeat at the hands of the Voyagers on September 19 at the University of San Agustin Gym in Iloilo City. 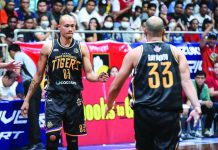 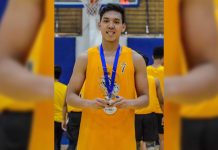 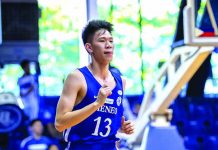