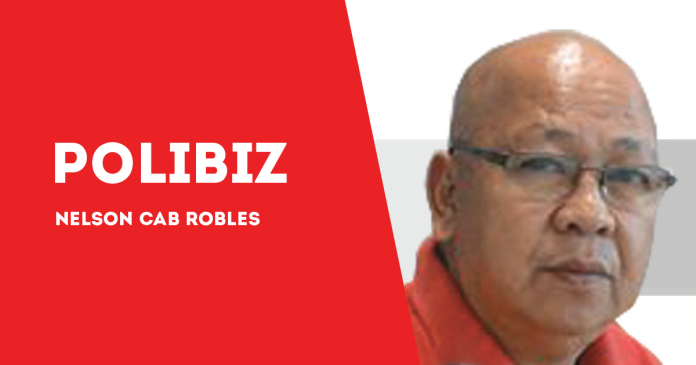 The serving of the arrest warrant was carried in an arrogant manner. All fully armed but in civilian clothes, policemen stormed Mejorada’s residence at Parc Regency subdivision in Pavia, Iloilo as if they were hunting a wanted criminal with a million-peso catch price on the head.

Initially, the policemen failed to introduce themselves. It was only when Mejorada demanded for their identities that they showed him copies of the arrest warrants.

Mejorada claimed Pinuela aimed a gun at him several times and for no apparent reason at all.

Wearing only a pair of shorts that time, Mejorada said he asked for a few minutes to dress up appropriately as he might be interviewed on the spot by members of the media who was contacted prior to the arrest.

Mejorada said Pinuela, raising his voice, told the helpless captive it was his intention to humiliate him openly in public.

Mejorada was handcuffed, dragged out of his residence in the presence of his family members.

Adding insult to injury, Mejorada said he was made to wait for half an hour standing by the gate before a police patrol car arrived and brought him to the Pavia police station for booking.

At the station, Mejorada felt dizzy and had difficulty breathing. His youthful lawyer Deo Tan who kept him company at the police station sensed something wrong and immediately called the attention of authorities. He asked that his client be brought to the hospital at once.

Mejorada’s blood pressure had shot up. Perhaps it was the stress; he was a senior citizen bearing insults. The possibility of him getting jailed was staring at him on the face that Friday night.  There was malice on the part of the authorities; perhaps they were Mejorada won’t be able to post bail?

Atty. Deo Tan got a court permission for his client to post bail.

Returned to St. Paul’s Hospital Iloilo after posting bail for his temporary liberty, Mejorada was back to his usual self, vibrant and defiantly triumphant. He lambasted the Philippine National Police hierarchy in Iloilo under the leadership of regional director, Brigadier General John Bulalacao. Did he and Pinuela allow themselves to be prostituted?

Manuel “Boy” Mejorada has declared war against corruption. He is not backing down. ([email protected]/PN)

A young man born to lead