THE DOMINANT discourse regarding the re-emergence of polio and the resurgence of measles is flawed and needs to be reframed.

On one hand, there is the loud condemnation of Public Attorney’s Office (PAO) chief Persida V. Acosta and her anti-vaccine rants since the Dengvaxia scam. Even Health secretary Francisco Duque III himself has echoed this obliquely blaming the PAO chief for the “decline in vaccine confidence and a rise in cases of measles and other vaccine preventable diseases.”

On the other hand, there is the focus on “ignorant/uninformed” parents and how their behavior has led to the loss of protection for their children.

The Senate hearing on government’s immunization program on Sept. 24, 2019 was very telling. First, the Department of Health (DOH) was not remiss in monitoring or in disease surveillance. When the immunization coverage significantly dropped in 2016 to 72 percent, then to 66 percent in 2018, the DOH’s main response was to conduct supplemental vaccination, which was merely to play catch-up. The immunization program itself was not substantially revised. There were no serious efforts to conduct more comprehensive measures to address epidemic resurgence.

Second, the DOH is aware that the problems are not just in immunization but also in MANY other areas. These include, among others: lack of support in terms of funds, resources, and staff problems in the vaccine supply chain, poor local government spending and investment on health. In short, the health care system was FAILING to address very fundamental and significant concerns. But again, VERY LITTLE was done.

Why? Because administration after administration neglected public health and prevention. Instead, emphasis was placed on health financing, curative services, and privatization.

The resurgence of measles and the return of polio are not just about immunization. Above all, these diseases are about endemic poverty and the concomitant poor sanitation, malnutrition, and low level of education among many of our people.

In short, measles, polio, and all other vaccine-preventable diseases are in the realm of PUBLIC HEALTH. These need to be a central part of the current conversation.

What we are seeing is just the tip of the iceberg. The worst may yet come. If the current narrative is not reframed, the future WILL NOT be any better and solutions will remain short-sighted and stop-gap.

Just read the Universal Health Care (UHC) Law. How useful is PhilHealth in situations such as the one we have now? Yet PhilHealth will eat up the bulk of the health budget, as it has done in the past.

Worse, the term “public health” is almost never mentioned in the UHC Law. Instead, there is the false dichotomy of individual- versus population-based healthcare.

We call on responsible health officials, the mass media and concerned citizens, especially social activists in the health sector, to reject the current narrow, inadequate, counterproductive and even dangerous view that revving up the mass vaccination program is THE SOLUTION to the reemergence of polio and diphtheria and dengue epidemic.

The social determinants of health must be confronted and dealt with in earnest if the failures and inadequacies of the current health care system are to be seriously addressed. 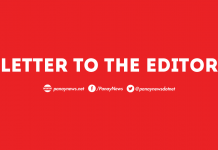 Give justice to fallen Filipinos in PH-American War