WASHINGTON – A summit between US President Donald Trump and North Korean leader Kim Jong-un ended with no agreement after the US refused North Korean demands for sanctions relief.

“It was about the sanctions,” Trump told reporters after the talks ended. “They wanted the sanctions lifted in their entirety and we couldn’t do that.”

The pair had been expected to announce progress on denuclearizatin.

“Sometimes you have to walk and this was one of those times,” Trump said.

Speaking at the news conference in Hanoi, Trump said no plans had been made for a third summit.

The original White House program for the day had planned for a “Joint Agreement Signing Ceremony” as well as a working lunch for the two leaders, but expectations were abruptly dashed with the cancellation of both. (BBC) 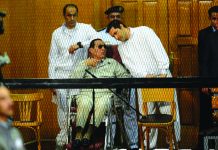 Egypt’s ex-president passes away at 91 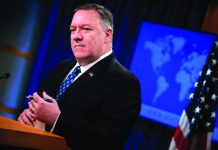 US upbeat on Taliban peace