Ryan Velasco, 38, and Raymundo Lacrite were taken to the Concepcion police station at around 4:15 p.m. on Monday.

Recovered from the suspects were P2,100 bet money and two fighting cocks. They face a charge for violation of Presidential Decree 449 (Cockfighting Law of 1974).

Under the law, “cockfighting shall be allowed only in licensed cockpits during Sundays and legal holidays and during local fiestas for not more than three days. It may also be held during provincial, city or municipal, agricultural, commercial or industrial fair, carnival or exposition for a similar period of three days upon resolution of the province, city or municipality where such fair, carnival or exposition is to be held.”/PN 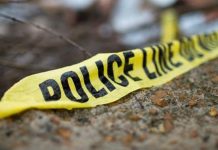