BACOLOD City – The Bacolod Chicken Inasal Festival is all set.

Councilor Cindy Rojas, festival committee chairwoman, said they will set up a 300-meter long chicken barbecue grill from the Golden Diamond Jubilee Tower at the public plaza to San Sebastian Street on May 5.

A total of 3,000 grilled chicken inasal will be prepared there, Rojas added.

About 25 chicken inasal sellers will also set up kiosks along Araneta Street, which will be closed from 10 a.m. to midnight on the festival day.

The grilling will start at 4 p.m., according to Rojas.A boodle fight will follow in front of the old city hall.

Free chicken inasal will also be given to about 2,000 people from different barangays in the city.

The Bacolod City Police Office will deploy 200 personnel to secure the festival.

The Bacolod Traffic Authority Office will also mobilize 100 traffic personnel to assist motorists as it implements traffic rerouting near the festival venue.

The Sangguniang Panlungsod (SP) earlier this month approved amendments in City Ordinance (CO) No. 482 series of 2009 which institutionalized the festival featuring the famous chicken inasal.

The chicken inasal is “Bacolod’s original,” according to Councilor Em Ang.

She stressed that the amendments aim to “establish the ownership” of the chicken inasal, which she referred to as a “cultural heritage” of Bacolod.

The SP amended Section 1 of CO No. 482, which changed the name of the festival from Manokan Country Inasal Festival to Bacolod Chicken Inasal Festival.

It also amended Section 2 (a), which defines the terms “chicken inasal” and “festival.”

The “coverage” of the festival under Section 2 (b) was also amended.

The SP also raised the budget for the festival, from P500,000 to P2 million, by amending Section 5. 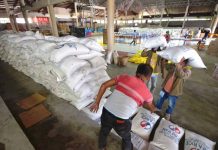