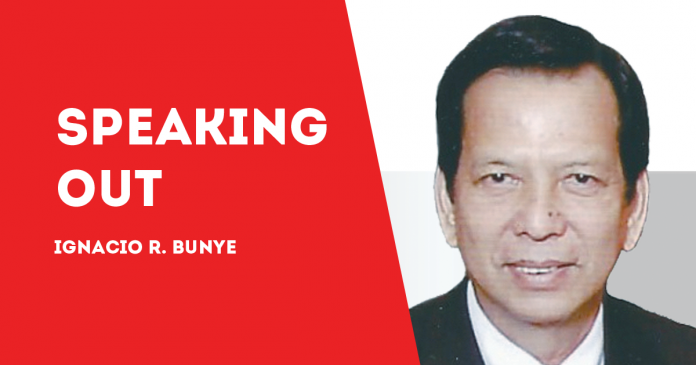 His retirement came a day short of BSP’s own 26th anniversary.

The “passionate presence” of DG Diwa, as he is fondly referred to at the BSP, will sadly be missed.

Having worked with him during my past term as monetary board member (MBM) of BSP, DG Diwa struck me as a great communicator.

He was the go-to official for explanations of the BSP’s policy moves or positions on different economic issues. Gifted with the uncanny ability to simplify and communicate the most technical of economic concepts, he was one of BSP’s most valuable assets in bringing central banking closer to the people.

Finance secretary Sonny Dominguez, who sits in the monetary board, credits DG Diwa, “the consummate monetary policy economist”, for “pushing for measures to boost economic stability and inclusive growth. He was also instrumental in the establishment of Asean initiatives including peer review and BOP support mechanisms.”

MBM Jun de Zuniga says:  “DG Diwa is the eminent bibliographer, authority and history of the monetary policies of the BSP, its Philippine peso currencies and even on the artifacts and art collections of the BSP. This formidable talent is backed up by his 41 years of unqualified dedicated service, excellent academics and superior leadership qualities. Truly he serves for God and Country.”

MBM Peter Favila  describes DG Diwa as “a formidable force in central banking…both for stirring (sometimes vigorously) the policy discussion within the BSP, as he never shies away from a healthy debate among colleagues and staff, and in raising the BSP profile in the the international central banking community. His intellectual heft is matched only by his passion for mentoring and ensuring his people are well equipped and ready to take on the challenges of the New Economy.”

“Immeasurable” was MBM Tony Abacan’s assessment of DG Diwa’s impact to the BSP. “His international engagements helped put the BSP amongst the “looked up to” central banks in the world. His institutional memory having worked with the BSP for more than 40 years and his innate technical knowhow about the economy and beyond, provided more engaging and meaningful discussions at every meeting of the Monetary Board.”

Abacan was referring to DG Diwa’s international engagements, as follows:

In 2001-2003, DG Diwa was Alternate Executive Director in the Philippines’ constituency at the International Monetary Fund in Washington, DC. Earlier he was Head of Research at The SEACEN (Southeast Asian Central Banks) Centre in Kuala Lumpur in 1992-1994.

Since 2000, DG Diwa had co-chaired with Bank Negara Malaysia the SEACEN Experts Group on Capital Flows and in 2010-2013, the ASEAN Senior Level Committee on Financial Integration. He also chairs the SEACEN Task Force on SEACEN membership.

For the period 2009-2012, he chaired the Executive Meeting of East Asia and the Pacific (EMEAP) Monetary and Financial Stability Committee of EMEAP central bank deputies that are tasked to conduct regional and global surveillance.

He began his career in public service as senior manpower development officer at the Department of Labor’s National Manpower and Youth Council.

From there, he moved to the Central Bank and has served it ever since.

He was likewise given administrative supervision over the Corporate Affairs and Corporate Planning Offices.

A research guy, DG Diwa worked the ranks of the research sector up to the Managing Director level.

He headed BSP’s Department of Economic Research (1994-2000) at an exciting time – when BSP was starting to lay down the groundwork for the shift of the monetary policy framework from monetary aggregate targeting to inflation targeting.

The MB approved the transition in 2000 until it was formally implemented in 2002 after a series of public consultations all over the Philippines.

Among his other responsibilities, DG Diwa also chaired the Committee on Artworks and Paintings, fully supporting the production of two art books featuring the BSP gold and painting collections. He was also chair of the Currency Management Committee and the Numismatic Committee, the last two in which I also served as Board Advisor.

Good job, DG Diwa.  You have struck a very healthy balance between your oversight of the BSP’s primary responsibility of maintaining price and monetary stability, your ministry of the Gospel and your successful family life.

BPI steps up bayanihan for Taal

Stepping up financial outreach to the unbanked