THE PRINCIPLE of separation of church and state has been much abused and misinterpreted (or rather interpreted for political ends) in the country, especially after the Sin of Edsa I.

Of course, the Sin that this writer is referring to is the late Jaime Cardinal Sin, who was one of the prime movers of People Power I that ousted the Marcos dictatorship. Since then, the administrations after that of the late Cory Aquino, who was the beneficiary of Edsa I, have been citing the principle of the separation of church and state whenever a church, most especially the powerful Catholic Church, which counts as its members 80 to 90 percent of the Filipino people, criticizes or moves against a government policy or wrongdoing.

So what is the spirit and true meaning of the principle of the separation of church and state?

Two major historical events shaped the principle of the separation of church and state: the bourgeois democratic revolutions, which began in Europe, and the founding and shaping of the American nation.

The bourgeois democratic revolutions were an assertion of the sovereignty and individual rights of the people. It stood against the claims of divine right of the monarchies as well as feudal bondage. Sovereignty resides in the people meant that the government derives its mandate from the people. And people have individual rights; among the important ones are freedom of belief and the freedom to practice this belief through association and expression. There are, of course, other fundamental rights such as right to life, due process, freedom from torture, universal suffrage, among others.

The principle of the separation of church and the state is based on these two fundamental premises.

First, the government derives its mandate from the people and not from the church, which, during feudal times, bestowed upon the king the divine right to rule the people. (This was why it was the bishop who used to crown the king or queen.)

Based on this principle of divine right, the state and the church propagated the belief that going against the king meant going against God, the consequence of which was eternal damnation.

Second, the people have the fundamental right to practice one’s beliefs. This was a reaction to the official religion being imposed upon the people by the monarchy.

Coinciding with the European bourgeois democratic revolutions was the shaping of the American nation. It could be remembered that the first settlers to what is now America were the Puritans, a group of English Reformed Protestants who sought to purify the Church of England of all Roman Catholic practices and were therefore, persecuted in England. This struggle was carried on in America when it was still a British colony up to the time that it was framing its constitution after independence.

Often cited in the discourse regarding the separation of church and state and was quoted in the First Amendment of the US Constitution was Thomas Jefferson, who filed a landmark bill in Virginia and wrote a letter about religious freedom to Baptists in Virginia.

Passed by the State of Virginia on Jan. 16, 1786, Jefferson’s bill on Religious Freedom states: “Almighty God hath created the mind free … All attempts to influence it by temporal punishments … are a departure from the plan of the Holy Author of religion, who being Lord both of body and mind, yet chose not to propagate it by coercions on either, as was in His Almighty power to do … Be it enacted … that no man shall … suffer on account of his religious opinions.”

Quoted in the First Amendment was this phrase in Jefferson’s letter to the Baptists of Virginia, who were then suffering persecution, “…I contemplate with solemn reverence that act of the whole American people which declared that their legislature should ‘make no law respecting an establishment of religion, or prohibiting the free exercise thereof,’ thus building a wall of separation between Church and State.”

The US Constitution thus provides that: “Congress shall make no law respecting an establishment of religion, or prohibiting the free exercise thereof.”

Although a predominantly Catholic country, the principle of separation of church and state has particular significance in the Philippines because the Filipino people struggled against Spanish colonization, which used the power of both the sword and the cross in subjugating the nation.

The provisions cited above could be summarized in the following: the state could not prescribe any official religion nor could it enact laws or commit acts that limit the exercise of or interferes with the practice of any religion.

So does the Catholic Church, or any religious denomination for that matter, violate the principle of the separation of church and the state whenever it criticizes or acts against a government policy or wrongdoing? No, it is not a violation of this principle. Acts of justice and acts of charity are even integral in the church’s work of spreading the Good News of Salvation, which Pope Francis elaborated on in his encyclical Evangelii Gaudium. (Bulatlat.com) 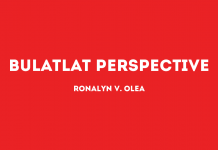 Getting out of a toxic, one-sided relationship 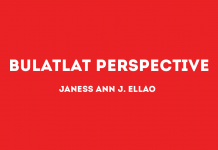