MANILA – An influential business group representing mostly the manufacturing sector believes that petitions for wage increases are better settled through collective bargaining agreements (CBA) between the management and employees of companies rather than pursuing it by legislation.

Federation of Philippine Industries (FPI) chairman Jesus Arranza said CBAs can provide a realistic wage structure as these take into consideration the capability of enterprises to provide wage increases to employees.

“Kaya nga may (The reason why there are) collective bargaining agreement because the labor and management they are there in the company; they know how much the company is doing so the price there whatever they decide will be more realistic than say the entire industry,” Arranza told the Philippine News Agency.

The business sector leader said granting legislated wage increases might be costly for companies and may hamper the competitiveness of the Philippines in promoting investments.

The Makabayan legislative bloc has filed last year a bill before Congress which would set a PHP750 daily national minimum wage for workers and abolishes the Regional Tripartite Wages and Productivity Boards (RTWPBs) which determine the wage rate based on the poverty threshold, employment rate, and cost of living specific to the region.

For its part, the Trade Union Congress of the Philippines (TUCP) has recently filed a petition for a PHP710 daily minimum wage increase for workers in Metro Manila before the National Capital Region-RTWPB.

The labor group likewise filed a petition for a PHP386 across the board wage increase for workers in the Central Visayas region. It vowed to file separate wage hike petitions in every regional wage board after determining the “right amount” needed in that region.

The Palace earlier said that it is leaving up to the wage boards to decide whether to grant petitions on minimum wage increases for workers in Metro Manila and other regions. (PNA) 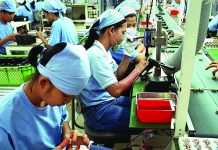 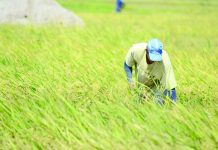