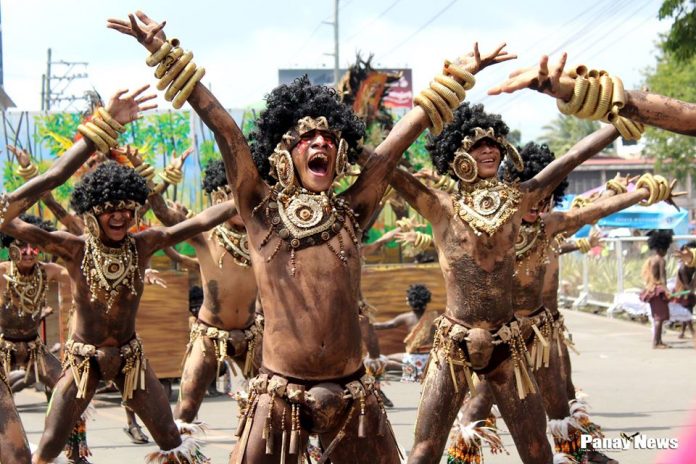 ILOILO City – Today’s pioneering “Dagyang sa Calle Real” event aims to bring back the ‘80s and ‘90s merrymaking vibe of the 52-year-old Dinagyang Festival. It is expected to attract a crowd of some 25,000 revelers, according to the Iloilo Festivals Foundation, Inc. (IFFI).

“Everybody is invited to join. The entire Calle Real is dedicated to merrymaking this Saturday,” said Philipp Chua, chairperson of the IFFI’s Committee on Dagyang sa Calle Real.

But he urged merrymakers to follow rules and regulations. Drinking on glass bottles is prohibited. Revelers on motorized vehicles or bicycles are not allowed.

Home to several fine examples of ancient luxury American-era neoclassical, beaux-art and art deco buildings, Calle Real has been famous since the Spanish era. Its importance dwindled through the years and the street became less maintained; however, there have been efforts to revitalize it in recent years, including the restoration of what are now known as century-old heritage buildings.

According to Chua, backpacks, pointed objects, lighters, and the use of unauthorized drones are also prohibited during the “Dagyang sa Calle Real”, while ordinances outlawing smoking, vaping and littering will also be strictly enforced.

“Dagyang sa Calle Real” will start with a 7 a.m. Mass at the San Jose De Placer Church in Plaza Libertad.

After the mass, Father Edcel Alcayaga and Mayor Jerry Treñas will go out and lead the crowd while raising the image of Senor Santo Niño to signal the start of the dagyang (merrymaking).

Some 25 more tribes or groups from various schools and local government units in Iloilo province will also be participating.

“Dagyang sa Calle Real” will be followed by the Dinagyang Festival Sponsors’ Mardi Gras at 1 p.m. at the Iloilo City Freedom Grandstand on Muelle Loney Street, and by 6 p.m. the city mayor will lead the ceremonial lighting of all buildings along the Calle Real from Plazoleta Gay to Sunburst Park.

All of today’s events will be capped by the “ILOMINATION” concert at Plazoleta Gay featuring popular bands from Metro Manila.

According to Chua, because of the huge crowd expected today, the IFFI prepared for medical emergencies in coordination with the City Health Office (CHO) and Philippine Red Cross.

Six ambulances will be on standby on Calle Real.

An emergency medical unit will be set up at the Custom’s House in front of Sunburst Park.

It is also important to stay hydrated and make sure to eat something before joining the dagyang to avoid fainting, he added.

The Dinagyang Festival highlight is on Sunday, Jan. 26 – the crowd-drawing ati tribes competition.

The festival started in 1967. A replica of the Santo Niño de Cebu was brought from Cebu to the San Jose de Placer Church. The image was enthusiastically received by the Ilonggos who danced on the streets of Iloilo City.

Dinagyang is known for its participants’ impressive choreography and striking costumes that reflect Ilonggo ingenuity, craftsmanship and artistry.