MANILA – Sen.  Leila de Lima denied the allegations that she was behind the case filed by self-confessed hitman Edgard Matobato against President Rodrigo Duterte before the Office of the Ombudsman.

In a press statement over the weekend, the detained senator said that she only encouraged and helped Matobato, contrary to the allegations against her by lawyer Jude Sabio.

“Jude Sabio says I was behind the case filed by Edgar Matobato with the Ombudsman against Duterte. ‘behind’ is such a loaded term. It implies that the charges filed were fabricated,” De Lima said.

“No, Mr. Sabio. I was not ‘behind’ the filing of the Ombudsman charges. I encouraged and helped Matobato file the charges because he is the person who witnessed the murders he and others with him committed on Duterte’s orders,” she added.

De Lima further said that there was “nothing illegal or wrong” with helping Matobato in filing the charges.

“I don’t know what Jude Sabio hopes to achieve with his supposed ‘revelation’, but everybody already knows I was the one who presented Matobato to testify before the Senate Justice and Human Rights Committee,” De Lima said.

Matobato, an alleged member of the so-called Davao Death Squad, with retired Davao City cop Arturo Lascañas, who previously testified that the death squad was responsible for several Davao killings./PN 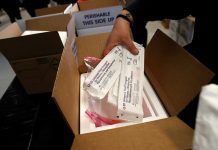 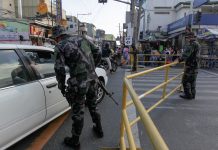