THE Department of Environment and Natural Resources (DENR) urged the public to stop throwing trash into waterways to address the growing problem of marine pollution.

The appeal was made as the DENR led another successful cleanup of Manila Bay and its tributaries on Saturday last week during the local observance of the International Coastal Cleanup (ICC) Day 2019.

Thousands turned up in various cleanup sites around Manila Bay region for this year’s ICC event dubbed as “Battle for Trash-Free Manila Bay.”

According to DENR secretary Roy Cimatu, all cleanup efforts will be in vain if the public continue dumping trash out of habit.

Cimatu said that behavioral change among Filipinos is needed to clean up Manila Bay and all other water bodies in the country.

The environment chief nevertheless thanked all the volunteers and encouraged them to do daily cleanup activities and practice recycling and waste segregation to combat marine pollution.

For ICC Day 2019, top officials of the DENR were assigned to lead cleanup efforts in different water bodies in Metro Manila as part of the rehabilitation programs “Battle for Manila Bay” and “Battle for Rivers and Esteros.”

Cuna led the cleanup in Baseco, Tondo, Manila where some 6,000 volunteers were recorded.

Aside from the Manila Bay coastline, cleanup activities were also held in esteros and waterways that drain into the pollution-challenged bay.

The DENR noted that following the natural flow of water, pollution from the upstream—including the esteros—will only quickly replace the solid waste removed from the coastal areas.

Together with Rotary International District 3780 and around 500 volunteers, undersecretaries Jonas Leones and Analiza Rebuelta-Teh installed a trash trap made from plastic bottles and fishnet along Tullahan River in Novaliches.

Last February, President Rodrigo Duterte issued Administrative Order Number 16 designating Cimatu as chair of the inter-agency Manila Bay Task Force, with the secretaries of the Department of Tourism and the Department of the Interior and Local Government as vice chairpersons.

During the ICC event, the DENR was joined by volunteers from local government units, private organizations, industries, the academe and other stakeholders in cleaning up Manila Bay and its tributaries.

The kind and number of garbage collected from each site is recorded and weighed for submission to Ocean Conservatory, a Washington-based environmental group that spearheaded the first coastal cleanup in 1986. The group will validate the report and consolidate it with those from other participating countries.

Through the annual ICC, Ocean Conservatory hopes to find solutions to threats in oceans and waterways around the world. (DENR) 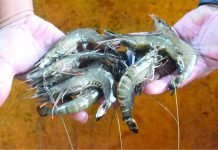 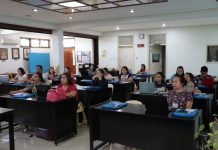 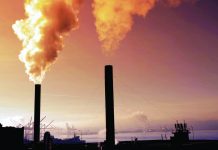