MANILA – The full implementation of the Universal Health Care (UHC) law could face further challenges as the funding gap to guarantee equal access to quality and affordable healthcare for all Filipinos could increase to as much as P63 billion.

In a press conference in Manila on Friday, Finance secretary Carlos Dominguez III said that without “sin tax reform,” the UHC will be left with a funding shortfall of around P63 billion come 2020 – the first year of full implementation of the new law.

This as the UHC program is estimated to cost P258 billion, but the government can only cover P195 billion from the national budget, the Philippine Amusement and Gaming Corp. (PAGCOR), and the Philippine Charity Sweepstakes Office (PCSO).

To cover the anticipated funding shortfall, the Department of Finance (DOF) and Department of Health (DOH) jointly proposed new set of excise tax rates for alcohol and tobacco products.

Both the Health and the Finance departments back the pending Senate Bill No. 1599 of Senator Emmanuel Pacquiao to increase the current uniform excise tax rate on cigarettes and other tobacco products from P35.00 to P60.00 per pack in the first year of its implementation and an additional 9% per year thereafter.

Aside from tobacco products, the DOF and DOH are also asking Congress to increase excise taxes on alcohol to at least P40 per liter and impose a unitary tax system on fermented liquors.

Both departments are making a final push for the outgoing 17th Congress to further raise “sin” taxes on tobacco and alcohol products.

Dominguez said that if “sin” taxes will not be raised as proposed, the cumulative funding gap to finance the UHC is estimated to reach around P426 billion over the next five years.

The Finance chief said that the approval by the 17th Congress of higher excise taxes on tobacco and alcohol “will provide the government with the means to curb vices and undesirable behavior, while at the same time generate the revenues necessary to fully fund the UHC, which will require as much as P1.44 trillion combined from 2020 to 2024.”

The UHC was signed by President Rodrigo Duterte last February.

The law guarantees that all Filipino citizens are automatically enrolled into the National Health Insurance Program as direct contributors or those who have the capacity to pay premiums, and indirect contributors sponsored by the government such as indigents and senior citizens.

For his part, Health Secretary Francisco Duque III said that while the reforms provided under the UHC law will ensure health insurance coverage and expand benefit packages particularly for outpatient consultation and outpatient medicines for all Filipinos, government funds are not enough to fulfill the financing requirements beginning 2020.

Thus, the urgent need for the Congress to write a new “sin” tax reform law.

“If we do not establish new sources of revenue, we will not have enough funds to properly, fully implement Universal Health Care and ensure a better quality of life for all Filipinos,” Dominguez said.

Without a new sin tax reform law and at current premiums, members of the PhilHealth will continue to be covered for only 18 primary care drugs and seven conditions while shouldering 90% of the cost of prescribed medicines.

But if the current Congress gets to pass the law before it adjourns in June, PhilHealth coverage will expand to cover 120 drugs and there will be no limit on primary care treatment, according to the Finance chief.

“The DOF and DOH have presented the facts on this issue to the President and the Cabinet. We were given clear and urgent instructions: tax alcohol and tobacco at higher than current levels, and fund UHC beginning this year,” Dominguez said.

The Finance chief recalled that Duterte urged Congress in his 3rd State-of-the-Nation Address (SONA) last year to approve both the UHC and “sin” tax increases, and subsequently agreed to certify Pacquiao’s bill, with the Cabinet recommending the swift passage of this measure.

“We urge both Houses to give due priority to this reform. Approve the Senate version in the bicameral conference and ratify it immediately,” Dominguez said.

Duque also said that with only three session weeks remaining in the 17th Congress “there is still time to collectively take action.”

“We look forward to the support of our counterparts in the legislature, during this crunch time. This is the final round, tapusin na natin ang boksing,” the Health chief said.

The 17th Congress will resume session on May 20 up to June 7 before its sine die adjournment on June 8 to make way for the new set of lawmaker-members of the next Congress that will open on July 22.

Dominguez said that if the government fails to significantly raise excise taxes on tobacco and alcohol, the UHC program will begin with both a funding gap and the prospect of ballooning costs arising from alcohol and tobacco-related diseases.

“Sin taxes are not whimsical impositions by greedy governments. Such taxes are carefully calibrated according to the social costs incurred by consumption of certain products,” the Finance chief said.

Duque reminded the public that sin taxes are “first and foremost a health measure” and need to be raised to the levels necessary to fulfill the Duterte administration’s twin goals of keeping all Filipinos healthy and providing the sick quality and affordable health care so that the Philippines will emerge as among the healthiest countries in Asia by 2040.

“This is not rocket science. When the prices of cigarettes and alcohol are higher, it is harder, especially for the youth to buy these very harmful products. We can only reduce consumption by making these ‘sin’ products less affordable to consumers,” the Health chief said.

Both Dominguez and Duque noted that the rise in incomes and slower increases in “sin” taxes over the past few years have made cigarettes and alcoholic drinks affordable to the average Filipino, which, in turn, has increased anew the number of smokers, especially among the youth, and made binge drinking more prevalent.

Smoking on the rise

Raising tobacco taxes in 2012 succeeded in reducing smoking prevalence from 29 percent during that year to 22.7 percent in 2015.

However, smoking has gradually been on the rise, reaching 23 percent in 2018, according to Duque.

With the 2012 “sin” tax law failing to increase taxes on alcohol products, the prevalence of binge drinking among regular consumers continues to rise.

“The deterrent effects of the original excise taxes have been eroded,” Dominguez said.

The Finance also warned that if the government is unable to regularly update “sin” tax rates to correspond to the increasing purchasing power of consumers, “we run the risk of reversing previous gains.”

Duque also emphasized that the failure to increase “sin” tax rates now will put the lives of 250,000 Filipinos at risk every year.

The Health chief noted that over the last eight months, the DOF and DOH have gathered the support and approval of their joint proposal on the ‘sin’ tax hikes from the President, the Cabinet, medical community, civil society and members of both chambers of the Congress.

Duque called on the Senate, where the proposal on “sin” tax increases is pending,  to conclude the discussions on these measures so that a new tax reform law that would impose rates adequate enough to help fund the UHC program could be approved by the Congress. (GMA News) 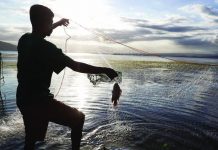 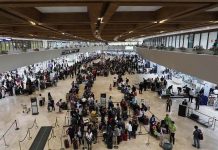