ILOILO City – The national government is releasing P580-million worth of social package to 310 members of the Revolutionary Proletarian Army – Alex Boncayao Brigade (RPA-ABB) who are set to undergo decommissioning this week.

Captain Cenon Pancito, chief of the Philippine Army 3rd Infantry Division’s Public Affairs Office, said the Office of the Presidential Adviser on the Peace Process has given the go-signal to release the amount.

The demands of the group were jointly talked and approved with the Philippine National Police and the Armed Forces of the Philippines.

The former combatants are from the cities of Cadiz, Kabankalan and San Carlos, and Cauayan town, all in Negros Occidental; Ibajay, Aklan; Maasin, Iloilo; and Tanjay City, Negros Oriental.

Further, the group will be trained on the military way of peace and security operations for two months.

After the training, these former combatants will have their own detachments at the eight Peace Development Community sites manned by them.

They will be trained because their concern is that “they will be prone to abuse of their former comrades from the New People’s Army,” said Pancito.

The RPA-ABB is a splinter group of the New People’s Army. It claims to have influence in 100 barangays in the country, 91 of which are in Western Visayas.

“We call on the NPA operating in Western and Central Visayas to take a cue from this group,” Pancito said.

The RPA-ABB is currently known as Kapatiran para sa Progresibong Panlipunan. It signed a peace agreement with the government in 2000. (LTP, CBA, PIA-6/PN) 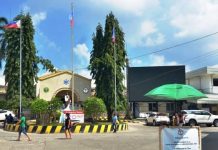 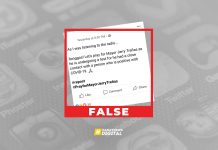