Multi-awarded writer-director Erik Matti returns to the horror genre with “Kwaresma,” an epic movie event that is the Mother’s Day offering of Reality Entertainment.

Producer Dondon Monteverde and Matti, his business partner, singled out Sharon Cuneta to star in the film. She is paired for the first time with “Heneral Luna” actor John Arcilla.

“Who else can we think of to be the iconic representation of Mother’s Day this coming May 15, than Sharon?” Matti said.

Matti and Monteverde visited Cuneta one day in December during her Selecta TV commercial shoot in Makati to tell her about the project. In 15 minutes, the veteran singer-actress was convinced and immediately gave her nod to do “Kwaresma.”

“When Sharon said yes, we locked her schedule and got 25 days for the shoot,” Matti shared. “Immediately, all the actors around her, we gave that schedule that everybody followed.”

Cuneta is only too pleased to work with Matti in a full-length movie. They previously worked together years back, but only in a TV commercial.

“The guy is a master of cinematic language,” the actress said of her director. “The horror genre is unquestionably his domain. I’m so glad to return to my craft in this way.”

Creatively, “Kwaresma” is one of the “most rewarding and satisfying collaborations” Cuneta has done. “He’s a director who knows what he wants,” she said of Matti. “His passion and integrity for a film will inspire your own well of creativity to keep flowing. He will not compromise his vision, while allowing and protecting your own.”

Cuneta has been a horror fan since she was a little girl. She can quote “The Exorcist” word for word as that’s on top of her horror movie list.

Charting 56 movies in her four-decade showbiz career, Cuneta attests that “Kwaresma” has been one of the most “physically, emotionally and mentally draining experiences” she has done.

“Kwaresma” is also the fastest shoot Matti has ever done. In October 2018, as soon as he gave up the “Darna” project and they were having problems with the actors’ schedules on “OTJ (On The Job) 2,” Matti and Monteverde readily decided to do a quick film.

“Kwaresma” suddenly became a serious one when Cuneta and Arcilla came on board as the lead stars.

“We needed two actors who could really work well together,” Matti disclosed. “‘Yung kayang magbatuhan ng linya. Kayang mag-banggaan sa eksena na hindi mahihirapan. Sharon and John had five-page scripts, respectively, with their dialogue and they delivered. That was why we brought them together for this project.”

The producers were initially wary about getting Arcilla because his schedule in ABS-CBN’s nightly, primetime soap, “Ang Probinsiyano,” was really tight.

“But when we sat down with John and told him about the character he would play, he immediately accepted the project,” Matti remembered. “Ginawa niyang balikan ang Baguio and Manila during our shoot.”

Matti said the kind of pairing of his two lead stars is undoubtedly hard to find. “It harks back to movies that have strong acting ensemble. This one really brought out the best in everybody.”

“Kwaresma” started shooting three weeks before Christmas. “We filmed three legs in Baguio and had a one-day studio shoot in Manila,” Matti said. “We had studio scenes with passage ways and secret doors and we did all of that in Manila.”

They had a total of 28 shooting days. “When we thought we were already done in Baguio in December, we had to go back in January to shoot some more scenes,” Matti said.

Cuneta had to leave for a US concert tour and Arcilla had to go up and down Baguio to tape for “Ang Probinsiyano.” Cast and crew wrapped up filming last April 12 and by Holy Week, Matti started editing.

Matti is undeniably proud about “Kwaresma,” which contains all the ingredients he really loves about a horror movie. He gave the viewers “ghosts, mystery, whodunit, human frailties, crazy characters, Azarel the devil and a dead dog that comes alive.”

The director is proud of his ensemble cast of formidable actors. Guila Alvarez makes her acting comeback in “Kwaresma.” Siblings Kent and Pam Gonzales play twins in the film, though in real life, they are a year apart.

Matti attested his shoots aren’t always easy. “Not too many actors in the industry like the kind of hard work we pour into our shoots in particular. I steer clear of actors who upon arriving on the set immediately ask what time the shoot finishes.

“I don’t cast actors who don’t care about the story, the characters they play and their fellow actors, and are simply in to the project for the money. I avoid casting people who are only concerned that the film should be commercial, regardless of a good story that can matter.”

Matti loves actors who go out of their way to get the work needed for the scene. “From heavy, emotional requirement to embarrassing, self-deprecating gags to tough and exacting physical blockings and irritating, all-day eat-all-you-can, sticky and uncomfortable prosthetics and make-up.

“I love actors who care about the work we do, period. I am grateful that all these years, I’ve had the chance to work with the best actors in the industry who had the commitment, professionalism and the passion to do the best for the project we all embarked to do.” (ABS-CBN News) 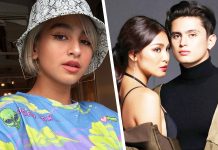 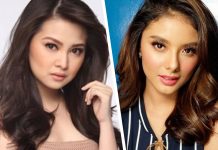 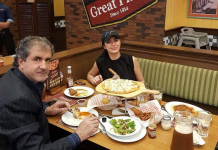