Lapore believed these were aimed at “demoralizing” lawyers and preventing them from practicing their profession.

The IBP-Negros Occidental “strongly denounces another condemnable act against a fellow lawyer and colleague,” said Lapore.

“This atrocity against a civilian lawyer, practically defenseless and unsuspecting, is apparently intended to demoralize and undermine lawyers in practicing their profession and pursuing their advocacies,” Lapore said.

Verdeflor, a Bacolod City councilor who is a lawyer by profession, also slammed the “alarming” killings of lawyers in Negros Occidental.

Ramos was the third lawyer killed by unidentified gunmen in Western Visayas this year.

Atty. Rafael Atotubo, 62, was shot in front of his house in this city on Aug. 23. He handled drug cases.

On Sept. 28 Atty. Edeljulio Romero of Iloilo City was gunned down in Roxas City after a court hearing.

“Once and for all, we need to put a stop [to these killings] and bring to justice the perpetrators of such actions,” Lapore said.

“We again urge our colleagues in our profession to remain steadfast, unwavering and united in our commitment toward justice and truth,” he added./PN 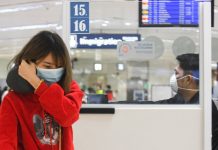