ILOILO City – The City Peace and Order Council (CPOC) here has issued a strong declaration in the form of a resolution denouncing the atrocities and acts of violence being perpetrated by communist terrorist groups (CTGs) in the different areas of the country.

In the regular CPOC meeting of the city government here held recently, Iloilo City Police Office (ICPO) director Colonel Martin Defensor Jr. said this city should not allow the presence of CTGs and declare the Communist Party of the Philippines (CPP) and its armed wing, the New People’s Army  (NPA) as “persona non grata” (unwelcome).

In the resolution, it is indicated that Iloilo City was declared as a white area, meaning there is no threat of internal security operation.

“Yet there is persistent information that the CPP/NPA uses the city as a rest and recreational area and to transact their other underground dealings,” said Defensor.

He said that the ICPO denounced the presence of CTGS in Iloilo City and will not allow their presence in the barangays.

Through the resolution approved by the CPOC, it is recommended to the Sangguniang Panglungsod for the passage of a similar resolution denouncing all forms of atrocities and acts of violence of the communist insurgents. (With a report from PIA/PN) 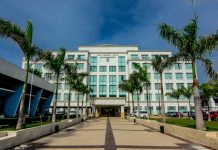