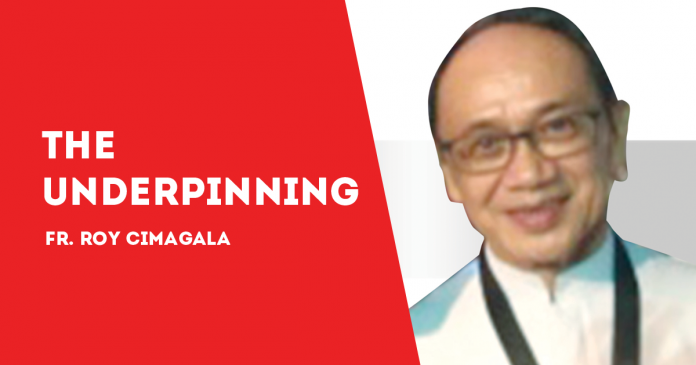 ONE very gratifying task I do is talking with young people, usually those in the school where I work, and being given the chance to help them in some way. It’s amazing that just by inviting them for a short chat, they would already feel very happy and grateful. And that’s because they actually have a lot to share, if not, unload.

I realize that many of them have not had the chance of having some kind of serious talk where serious matters and issues are brought up. They may appear cheerful and carefree, but many of them actually bear some heavy load inside their heart. They actually need an outlet to vent their suppressed fears, doubts, etc.

They feel relieved that they, at least, are being given some attention, are listened to, and are helped to sort out things that have been bothering them. In fact, many of them would say they feel lighter after the chat.

It’s on these occasions when things are clarified, since the young people usually tend to exaggerate matters of little importance while belittling, if not ignoring, those that have crucial consequences. The challenge is how to make them see what are essential in life and what are simply incidental and instrumental. Many times, they confuse and reverse the two. Also they have to be taught about the proper sense of priorities.

It’s a task that requires a lot of patience and consistency. Follow-ups are necessary, since many of them would get enthusiastic only at the initial chat but would soon lose interest in the succeeding ones. Often they are held back by their misplaced sense of fear and shame.

In this regard, it is important that some degree of friendship and confidence to the point that they feel at ease in opening up, is established as early as possible and kept and developed along the way. They need to feel reassured always.

Of course, the dealings have to be such that they would always feel understood and respected as they are, warts and all. If suggestions and corrections have to be made, they have to be done gently and in the proper time. They should always be made to feel good and encouraged even if some scolding is made.

There are, of course, a great variety of young people. And each one actually is a unique case. But the challenge is to identify the area where each one needs help. That’s because they may project many good qualities about themselves but often turn a blind eye on their weaknesses. They often do not know where the dangers lie given the way they are.

Thus, it is important that each is considered in our prayer so that the objective light of Christ can really show how each one is. It cannot be denied that I, for example, have my own biases and prejudices that can cloud the proper assessment of persons and things. We have to be guarded against these biases and prejudices.

Thing is it would always be good if we could help the young by motivating them to develop as fully as possible their potentials, suggesting and, if possible, opening new horizons for them, helping them make some kind of roadmap for this full development.