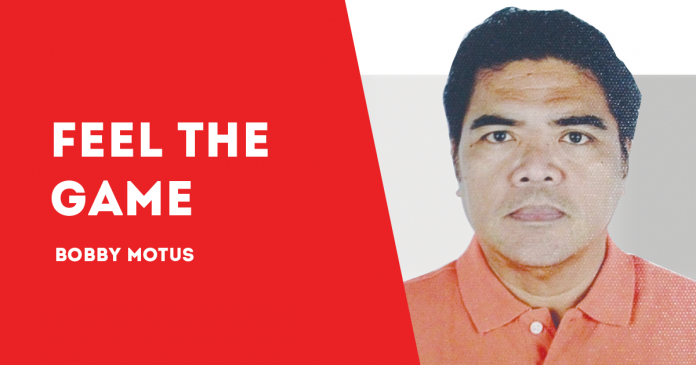 LESS than three days after the NBA Finals and even before the Toronto Raptors can enjoy and celebrate a major championship party since the Toronto Blue Jays won the World Series back-to-back in 1992 and 1993, a trade that was a long time in the making was finally consummated.

It was not a surprise that the LA Lakers, a franchise with a winning tradition but of late had become a symbol of dysfunction, had agreed in principle to ship Lonzo Ball, Josh Hart, Brandon Ingram, this year’s number 4 draft pick and 3 future first rounders to New Orleans for Anthony Davis, who at 26-years old is one of the league’s best centers with career per game averages of 26 points, 12 rebounds and almost 3 blocks.

In a way, both teams had become trade ‘suki’ as just last year, the Pelicans and the Lakers had Julius Randle and Rajon Rondo switch zip codes. When the deal becomes official, New Orleans will now have 4 former Lakers who’ll be seeing significant minutes on the floor. More important, they have cap space to sign up more usable players and first round picks for the next three years.

Maybe seeing that their destiny are on stormy seas, LA gave up their young guns and subsequent prospects for a win-now-not-later approach considering that LeBron James is 34-years old had had shown the effects of a 16-season grind including a 2-season equivalent of playoff contention. Even a one-of-a-kind athlete of LBJ’s specie will show signs of overuse and for the first time in his career, had missed 55 games.

The Pelicans on the other end have an instant rebuild and now have reliable equipment for the future to build around 2-way guard Jrue Holiday. Depending on who they get at number 4, their top pick Zion Williamson, who initially looked unhappy being picked, could be enticed to make New Orleans his home for a few years with the present manpower.

The Pels may have an undersized frontline but they will be making up for this with their version of the Bruise Brothers in Randle and Zion. I’m anticipating some interior roughhousing from these two bangers and could be the resurrection of the 1980s original Bruise Brothers of Jeff Ruland and Rick Mahorn. With the then Washington Bullets, both stand at 6-10 and with playing weights above 260 pounds, they simply enjoy physical contact, both in practice and actual games. Yup, had seen them play way back and these guys are huge, and of course mean.

As an option, New Orleans can use their 4th pick from LA, one or two of their future picks and maybe Lonzo Ball, with his assortment of foot injuries, as a bargaining chip to get another star from the free agent buffet table. With Jrue Holiday and Elfrid Payton, Ball can be dealt away. Josh Hart will continue to be a solid contributor off the bench.  Jahlil Okafor could finally have improved minutes alternating with Randle, who had decided to opt out of his $9m contract and become a free agent. I’m more excited for the Pelicans than the Lakers this coming season. But don’t get me wrong, despite management mishandling, I’m still Laker for life.

Yes, the Batman and Robin tandem of LBJ and AD is superior but I see confusion in the coaching department because of Jason Kidd’s presence, which we will mention in future articles. The trade has left LAL with only 4 players with live contracts – LeBron, Kyle Kuzma, Mo Wagner and Isaac Bonga. It was reported that they’re targeting Kemba Walker but said that he wants to remain in Charlotte, even hinting of accepting lesser pay if it leads to acquiring top level talents.

Rondo had a 1 year, $9m deal and I’m not sure if the Lakers will keep him.  D’Angelo Russell will be available and I would be happy if the Lakers get him back to man the point, now that Magic Johnson is out of the picture. Ricky Rubio comes as a cheaper option. And why not get reunited with Randle? Or maybe a reunion of former Pelicans with DeMarcus Cousins.

The Lakers had experienced six seasons of distress, misery and abnormality in basketball purgatory. It’s too early to tell which trajectory they will be heading and until they play well the cards on their table, they continue to be in limbo. The trade had made the team an attractive destination for other free agents and management this time should not muddle this initial trade victory with questionable acquisitions like what they did last year. As a bonus, Los Angeles had finally flushed out of their system the ridiculous enigma called LaVar Ball.

But let us remember another LA superstar pairing not too long ago that was believed to be a long and productive team-up. Dwight Howard joined Kobe Bryant in 2012. Howard was 26 at that time, Kobe 34. Now we have Davis, also 26, and LeBron at 34 and observers already have the Lakers moving up as title contenders. The first pairing went pfft. Let’s wait and see if the journey along glory road will be smooth./PN

ASG 2020 was mainly for charity