OTON recovered from a slow start to clinch the 2nd Provincial Developmental Sports League Under 19 boys’ basketball title with a 76-66 upset over last year’s champion Sara Warriors at the Iloilo Sports Complex.

Karl Malco posted 23 points – most came in the second half – to lead Oton’s come-from-behind triumph over Sara last Friday, bucking a deficit of as much as double figures in the first half.

Trailing heading into the second half, Malco came up with consecutive points in the third period to trim the deficit 51-56. He continued his hot shooting in the fourth frame to turn things around for Oton.

In girls’ volleyball, Dumangas ruled the Under 19 category with Santa Barbara and Leon finishing second and third, respectively.

Leon dominated Under 16 with Dumangas and Pavia taking second and third places while Pavia topped Under 13 over Bingawan and Oton.

In boys’ volleyball, Dumangas claimed the titles in Under 19 and Under 13 by beating Santa Barbara and Oton, respectively, in the finals. Oton ruled Under 17 over Iloilo National High School.

Barotac Nuevo, meanwhile, stamped its class in boys’ volleyball by taking the Under 15 victory at the expense of Cabatuan and ruling the Under 13 over Santa Barbara.

The 2nd Provincial Developmental Sports League aims to strengthen the grassroots programs of the provincial government and discover potentials among young Ilonggo athletes.

Around 2,500 boy and girl participants joined the sports league./PN 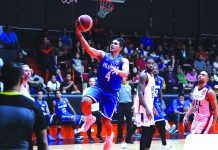 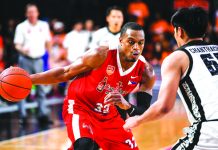 Brownlee to reinforce fire for Alab in ABL 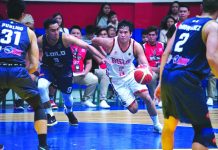