Resident Walter Escoyala was caught after he sold a sachet of suspected shabu to an undercover officer for P1,000, a police report showed.

Antidrug personnel of the Pavia police station staged the sting operation around 9:30 p.m. on May 30.

Escoyala – a newly identified drug suspect – was detained in the custodial facility of the town’s police station.

Aside from the suspected shabu, drug paraphernalia were also recovered from his possession.

He will be facing charges for violation of Republic Act 9165, or the Comprehensive Dangerous Drugs Act of 2002./PN 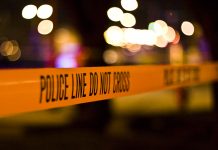