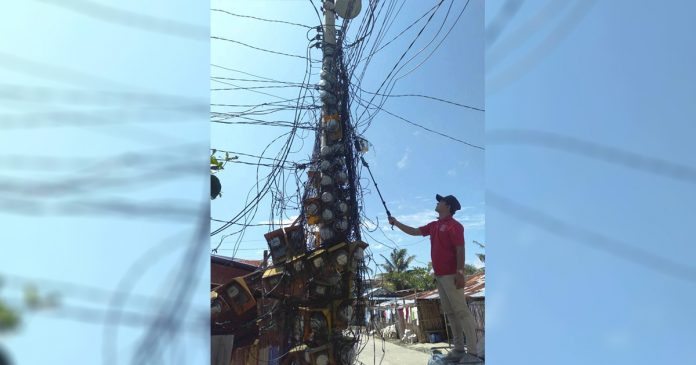 To recall, PECO in press releases early this week described the power outages that hit Iloilo City on Oct. 29 and 30 as highly irregular.

In a report, PECO’s head of Public Engagement and Government Affairs Marcelo Cacho was quoted as saying, “The coal plant shutdown and the almost-simultaneous pole fires in different areas of Iloilo make me wonder if there’s something happening behind the scenes, or is this sabotage by those who want to ease us out of Iloilo to force our hand to give up?”

The widespread power outage occurred when power distributorship in Iloilo is being contested in the courts by franchise-less PECO and franchise holder MORE Power.

Global Business Power Corp. (GBPC). for its part. explained that the Oct. 29 power outage was a technical problem which caused Unit 1 of PEDC’s coal-fired power plant to trip off.

Unfortunately, Unit 3 also tripped off due to an imbalance in the boiler.

NGCP, on the other hand, explained that the Oct. 30 blackout was due to the tripping of the submarine cable connecting Negros to Panay islands. Normalcy was restored though after two hours, thus adding it was not their fault if Iloilo City suffered a 12-hour power blackout.

For its part, PCPC, owner of the CFBC Power Plant in Concepcion, Iloilo, clarified that their plant was hit by an unplanned outage caused by an external grid event.

“The drop in grid voltage caused by the trip of the power plant in Iloilo City resulted in an automatic trip of our plant.  This is a protective system meant to prevent major damage to our facility,” said PCPC Operations and Maintenance (O&M) head, Engineer Albin Kintanar, in a statement.

Kintanar further explained that their team tried to put back the plant online but the unstable grid voltage caused delays in starting the plant’s auxiliaries, ultimately affecting the start-up of the power plant unit.

The tripping also caused critical issues in the boiler and turbine of the Concepcion plant; this caused the plant to get back online in three and a half days.

“Nobody wanted this to happen. The negative impact caused by the power outage affected not only our power consumers but also us in PCPC. We want to assure all our customers that we will continue to work tirelessly to deliver our commitment of a stable power supply,” said Kintanar.

In an interview with Don Dolido over DyFM Bombo Radyo Iloilo’s “Bombohanay sa Udto” program, Cacho denied that he categorically accused the said power companies of conniving with each other to sabotage PECO.

He admitted that it was just speculation, saying, “We can only speculate. As of now, speculation lang na ang sa amon.”

“Just prove factually and objectively there was sabotage. Prove before making any statement,” said Castro.

Je added: “Given the sad state of their system plus a master electrician running the operations, there is no need for a sabotage for the extended blackout to happen.”/PN