BACOLOD City – City director of the Department of Interior and Local Government (DILG) Ma. Joy Maredith Madayag cautioned the public against scammers who extort money from residents affected by the road clearing operations.

Madayag said she received reports of an unidentified person posing as DILG personnel.

According to Lady Gles Pallen, Taculing village head and president of the Liga ng mga Barangay in this city, that there was an unidentified person roaming in several barangays here, introducing himself as a DILG representative.

The unidentified person has no identification card that identified his personality, she claimed.

Pallen said that this person allegedly questioned the measurement imposed by village officials to those affected by the demolition.

She added that the unidentified person also demanded P200 from the residents.

For his part, Madayag clarified that she has not authorized any individual or group of persons to check or correct measurements of road easements and road right of way.

She explained that this concern is lodged to the City Engineer’s Office.

Madayag disclosed that she issued the notice to clear confusions created by some individuals using the name of their office to pursue their interests in one way, or the other./PN 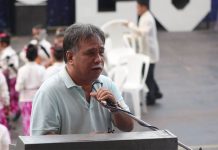 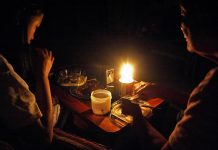 4-hour brownout to hit parts of Negros for 2 days