ILOILO – A member of the Philippine Army is under investigation for allegedly firing a gun in his house in Barangay Salihid, Barotac Nuevo town.

The 3rd Infantry Division (3ID) is handling the investigation.

According to Police Captain Kent Albert Lepsia, chief of the Barotac Nuevo police station, prior to the alleged gun firing last week, the solider was seen having a rowdy drinking binge with friends.

Hours later, said Lepsia, it was alleged that Deocampo had a row with his in-laws in their house.

“We arrested him for alarm and scandal. We, however, did not find a gun in his possession,” said Lepsia./PN 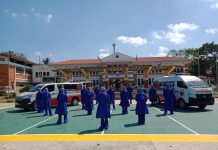 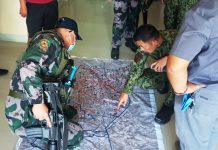