ILOILO – Municipal agriculturists in the southern towns of Miag-ao, Oton, Tigbauan, Guimbal, and San Joaquin have called for uniformity and synchronization in the implementation of policies regarding their common coast, the Panay Gulf.

Panay Gulf or the Southern Iloilo Coast spans 60 kilometers and covers 73 coastal barangays. It is also a source of livelihood for 73,000 residents.

The municipal agriculturists pushed for the reactivation of the Southern Iloilo Coastal Resource Management Council (SICRMC) to oversee the implementation of ordinances and the management of the coast “consistent with the goals of sustainable development.”

Miag-ao municipal agriculturist Raymundo Monroy, also one of the SICRMC’s Board of Trustees, said the reactivation of the council will enable uniformity and synchronization of ordinances in the five municipalities.

Without a uniform policy to govern the five municipalities’ resource management programs, towns would not be obliged to follow their neighboring municipalities’ ordinances, leading to conflict in their common fishing grounds, he explained.

Expounding his point further, Monroy said, “If San Joaquin ceases all fishing activities in a certain month while Miag-ao declares an open season for fishing at the same time, there would be a problem since none of them are actually required to follow the other town’s policy.”

Due to disagreements between the town’s heads during the early years of the council, SICRMC ceased to function and the five municipalities decided to create their respective coastal management plans and fishing ordinances.

The council was established in 2002 with Miag-ao as the first host municipality, and went on hiatus during Tigbauan’s turn.

The reactivation of the SICRMC was requested in a meeting attended by representatives from the five municipalities in August.

This year, the neighboring municipalities agreed to reactivate the council to better manage the area through uniform policies and identify specific fishing zones.

An integrated zoning plan was adopted by the council to define the municipal terriotorial waters.

“Ang goal niya is to avoid multiple use [of fishing gears] conflicts,” she said.

Nequia explained that the the zoning plan regulates the use of fishing gears by assigning a specific zone in the shared coast depending on the fishing gear used.

Along the identification of fishing zones, the SICRMC also addressed problems of illegal fishing activities in the Panay Gulf.

To sort out these issues, the local government units partnered with the University of the Philippines Visayas’ Institute of Fisheries Policy and Development Studies (IFPDS) to act as an advisory body for the council.

University Extension Specialist of IFPDS Gena Serofia narrated that during the active years of the council, a partnership with the coastguard was formed to monitor the coastal activities which resulted to the diminished number of illegal fishers in the Panay Gulf.

“One of the accomplishments [of the council], ang illegal fishing activities naghagan-hagan,” she said.

The partnership with the coastguard was stopped, however, because funds were lacking for the operation.

“The council was not able to sustain the monitoring of the coast because gasoline for boats and payment for labor for those who will monitor were very expensive,” Serofia explained.

The officials are hoping for additional support from the provincial government and Bureau of Fisheries and Aquatic Resources for the reactivation of the project.

Rehabilitation of coastal resources such as mangroves and livelihood programs for fishermen will also be one of the primary goals for the re-establishment of the SICRMC.

The council noted significant decline in the productivity of the coastal waters in the Panay Gulf due to illegal fishing activities and destruction of coral reefs and mangroves.

The SICRMC aims to address this by employing “other means” of income for the fishermen and conducting programs for the rehabilitation of the coast.

“With the reactivation of the SICRMC, part of the plan is also the rehabilitation of the resources and providing training for the fisher folk,” said Nequia

“Once your resources are good, there are enough fishes nga mabuol ang fisherfolks, therefore, ma-increase man andang income to be provided for their family. So connected gid ang pag-rehab sa resources sa livelihood,” she added./PN 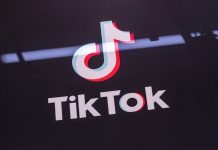 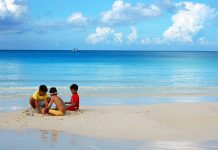