ON JULY 11, 2019 the United Nations Human Rights Council (UNHRC) voted to pass the resolution tabled by Iceland, which asked member-states to take concrete steps on the promotion and protection of human rights in the Philippines during the council’s 41st session.

This is a significant step towards justice. Certainly, this is not the end-all and be-all of efforts to exact accountability but this is a critical start.

The Iceland resolution expressed concern on reported cases of extrajudicial killings in line with the drug war, but also raised the issue of reported violations targeting critics and human rights defenders. The said resolution urged the Philippine government to take all necessary measures to prevent extrajudicial killings and enforced disappearances, to carry out impartial investigations and to hold perpetrators accountable in accordance with international norms and standards including on due process and the rule of law; and to cooperate with the Office of the High Commissioner and the mechanisms of the Human Rights Council, including by facilitating country visits and preventing and refraining from all acts of intimidation or retaliation.

This is a significant and relevant move by Iceland, which was supported by 28 states.  An independent investigation into reported human rights violations in line with the government’s anti-narcotics campaign and its counterinsurgency program is long overdue. This resolution will initiate the start of a close monitoring on the rights situation in the country. Other efforts domestically, regionally and internationally will likewise move forward, the aggregate of which will hopefully bring out the changes in policy and in leadership that prioritizes human and people’s rights. 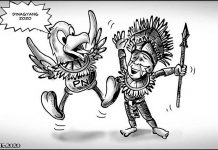