Holding to a slim 30-28 lead early in the second quarter, the Blue Eagles went on a huge 21-1 scoring run behind the Nietos to build a commanding 51-29 advantage at the half.

The Green Archers threatened to within single digit several times in the second half but the Blue Eagles got timely conversions from Mamuyac sealed the victory for the Ateneans.

“I think that break we had at the end of the second quarter was a surprise to us and it was a surprise for them. In the end it was the cushion, I think, that we depended on in the second half,” said Blue Eagles head coach Tab Baldwin.

Jamie Orme-Malonzo tallied double-double 18 points and 10 rebounds, while Andrei Caracut and Justine Baltazar chipped in 14 and 10 markers, respectively, for the Green Archers (0-1)./PN 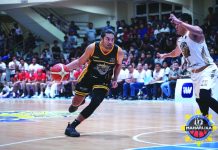 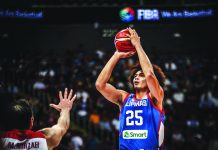 Aguilar to play ‘harder’ for Ginebra in PBA PH Cup