TRACK and field players from Capiz dominated the athletics event of PRISAA 2019 National Games on Wednesday at the University of Mindanao oval in Davao City.

Izra Bartolo also had a gold medal in discus throw and silver in shot put, while Kim Villaruz had a gold in the 1500-meter run, Bacolodnon Hannah Delotavo in 400-meter dash and Janet Villandres in 100-meter hurdles.

Diasnes also got a gold in secondary girls individual poomsae, while Tungala and Kean had a bronze in secondary mixed pair poomsae with Kean Ryth Bornazal. 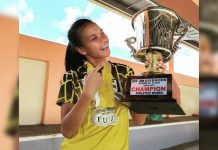 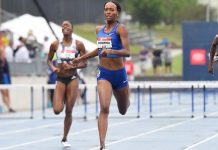