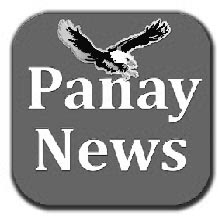 BY THE INTERNATIONAL LEAGUE OF PEOPLE’S STRUGGLE
[/av_heading]

THE PHILIPPINE chapter of the International League of Peoples’ Struggle (ILPS-Phils) denounces the presence of US military forces with the Armed Forces of the Philippines (AFP) in the ongoing Marawi siege and imposition of martial law in Mindanao.

More than two weeks of military assault and intensified aerial bombardment reduced the Islamic City into ruble and ruin with mounting casualties as state forces battle the criminal Maute gang and Abu Sayyaf group still holed up in the city. The longer it takes, the greater the sufferings of the nation.

The 60-day martial law declared by President Duterte throughout Mindanao since Day 1 of the Marawi siege has not stopped terror in the city. The three-day deadline set by Duterte himself has elapsed. Pronouncements of “the situation is under control” from the first day to the recent “the enemy is on the run” have not assuaged fears. Despite Duterte’s anti-US rhetoric, the government accepted new armaments from the US and allowed the presence of US military forces.

Without permanent US military basing, US Special Forces have used Camp Ranao, home of the 103rd Brigade of the Philippine Army, in Marawi as a military facility in its war of intervention and aggression in the country. This has not prevented terror to strike the city. The camp has become itself a base for launching terror.

The ILPS-Phils cites the extrajudicial killing of Gregan Cardeño, 33, documented by the human rights group Karapatan in 2001. Cardeño died inside Camp Ranao on Feb. 2, 2001 barely two days after being hired as an interpreter for US troops under the Joint Special Operations Task Force (JSOTF)-Balikatan. He was working with an elite unit of the US Special Forces called Liaison Coordination Elements (LCE) against supposed terror groups.

Less than two months later, Captain Javier Ignacio of the Philippine Army – who helped recruit Cardeño and was helping the family shed light on his death – was gunned down while he was on his way to a meeting with a human rights group conducting an independent investigation on the case.

These killings of a civilian and a military officer involving US troops and operations were conveniently covered up by state authorities. The Mamasapano massacre of 44 police commandos, then assisted by the US to get Malaysian terrorist Zulkifli “Marwan” Abdhir, is a most recent case of direct US military involvement.

The presence of US Special Forces in the current Marawi siege is again trampling on Philippine sovereignty and independence. As elsewhere since the post-9-11 “War on Terror”, it uses the convenient excuse to go after “terrorists” including those linked with the Islamic State of Iraq and Syria (ISIS) which the US has covertly supported together with its NATO and Arab allies.

The continued militarization of the countryside has intensified with aerial strikes, indiscriminate firing and military offensives.  Abdullah Pamansag died from air strikes on May 25 in Barangay Salat, President Roxas, North Cotabato far from Marawi. Several communities and schools of indigenous peoples are being attacked to give way for big mining operations and commercial plantations.

Even workers on strike against contractualization and union busting at the Shin Sun Tropical Fruit Corporation were attacked by combined elements of the 66th Infantry Battalion (IB) of the Philippine Army and the police in Compostela Valley. Scores were injured and 14 were unjustly detained.

Peace consultants of the National Democratic Front of the Philippines (NDFP) were threatened to be arrested anew after the government withdrew from the 5th round of peace negotiations. The Duterte administration is turning to war not peace.

Philippine Independence was short-lived after the US stole the 1898 victory from the people. The Philippine-American War killed over a million Filipinos. In the last century, the US directly supported neocolonial puppet regimes including the fascist dictatorship of Marcos. The much hated dictator has recently been rehabilitated by Duterte’s hero’s burial for Marcos. The scars of martial law remain. The promotion of generals into the civilian bureaucracy is threatening a military junta rule. The use of martial law and threats to expand its scope and duration present more harm and danger to the people and not the resolution of conflicts.

The US bloody counter-revolution continues to this day for its imperialist hegemony, especially in rivalry with China and Russia, and perverted jingoism against oppressed peoples and nations.  Militarism and state terrorism have only aggravated the sufferings of millions of peoples.

The Filipino people and the Moro people, with the solidarity of all anti-imperialist peoples of the world, shall continue to fight for freedom as we defend our sovereign and democratic rights and resist martial law, terrorism and creeping fascism.

We urge President Duterte to seek peace with all revolutionary forces and the Moro people with substantial economic, social and political reforms addressing the roots of the local armed conflict and safeguard the country from foreign intervention, war and militarism.

We call on the toiling masses, workers, peasants, the youth, women, minorities and all progressive forces to assert our sovereignty and resolutely march towards national and social liberation./PN

The real score on China’s imperialism

On love: What we can learn from Rollo May

My rather short Dinagyang Experience