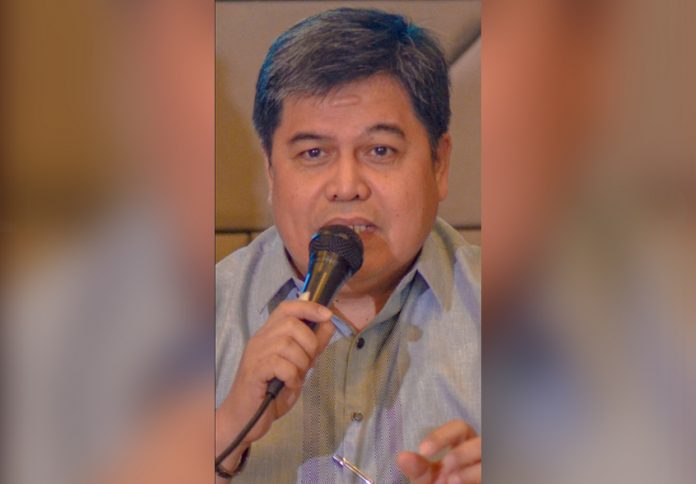 ILOILO City – The Department of Interior and Local Government (DILG) in Western Visayas rejected appeals to allow the return of vendors on sidewalks here this holiday season. “We only have one stand: public roads must be cleared of obstructions,” said Director Ariel Iglesia.

The Iloilo Sidewalk Vendors Association had written DILG Region 6 asking to open the city’s sidewalks to them even just for 16 days from Dec. 15 to 31.

“This will help us in our expenses, most especially vendors who are financially unstable,” read part of the letter.

“We answered the vendors. It will be the city mayor who will decide. But as far as the DILG is concerned, public road clearing operation is continuing, and this is the responsibility of local chief executives and village officials,” said Iglesia.

In an interview last week about the vendors’ request, Mayor Jerry Treñas said, “I don’t know how it can be done.”

The city government has been clearing roads and sidewalks of obstructions since July following President Rodrigo Duterte’s order for local chief executives to reclaim public spaces being used for private ends.

Mayors not following the order would be held administratively liable for, among others, negligence, and could be suspended.

“We stand by the policy of the department. All public roads and public spaces are for public use, they are beyond the commerce of man,” said Iglesia, citing DILG Memorandum Circular 121-2019.

The director said his office is continuously monitoring road clearing operations of all local government units and has called the attention of local chief executives of areas where vendors have started returning to sidewalks.

“Hindi puwedeng balikan,” stressed Iglesia, although he acknowledged that sidewalk vending is main livelihood of these people.

The city government’s road-clearing operation has resulted to the relocation of 245 downtown sidewalk vendors to the vacant lot owned by the Cacho family along the downtown street of JM Basa, said Niel Dichupa, president of the city’s sidewalk vendor.

But there are an estimated 1,500 sidewalk vendors across the city.

According to Dichupa, their return to the sidewalks even for a limited number of days would be a big help already to boost their income this holiday season.

Business is sluggish at the 2,700-square meter wide Cacho property, he lamented.

The vendors hope the city government would make a favorable decision soon so they could set up their sidewalk kiosks today or tomorrow ahead of the Dec. 16 start of the nine-day traditional misa de gallo or early morning mass leading to Christmas Day (Dec. 25).

In an effort to ease the burden of the dislocated vendors, a member of the Cacho family, Marcelo Cacho who is the administrative manager of Panay Electric Co., announced in October that the vendors would be required to pay rent for a year.

Cacho also promised to further improve the area to ensure the comfort of the vendors and customers.

After one year, according to the city government’s Public Safety and Transportation Management Office (PSTMO) head Jeck Conlu, the Cachos and vendors would discuss the rental rate.

Last month, 13 vendors were arrested for returning to sidewalks. PSTMO personnel also confiscated their tables and chairs. Their merchandize, however, were spared.

“We left them with a warning. If they return to the sidewalks again we will seize everything they have,” said PSTMO chief Jeck Conlu.

The vendors were spotted on the sidewalks of Ledesma, JM Basa, Rizal, and Jalandoni streets./PN