ILOILO City – A 53-year-old laborer landed in a hospital after he got hacked by a drunken man in Barangay California, Barotac Viejo, Iloilo.

The suspect was identified as Harvey Bernacion, also a resident of the said village.

According to police investigators, Bernacion got irked when Villar reportedly switched off the lights. This prompted the suspect to hack the victim around 11 p.m. on Dec. 10.

Officers of the municipal police station conducted a manhunt operation against the suspect, who fled after the incident./PN 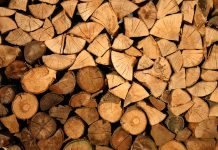