ILOILO City – Eighty-seven barangays from 17 fourth to fifth class municipalities of Iloilo province have been chosen for the “Negosyo Serbisyo sa Barangay” program of the Department of Trade and Industry (DTI) this year.

Ermelinda Pollentes, DTI assistant regional director and concurrent director for Iloilo, said they hope to embark on an entrepreneurial revolution by opening the eyes and minds of the project recipients on starting a business through information dissemination.

“We go to barangays because we want them to become entrepreneurs. We want to create entrepreneurial revolution because that’s the only way we can compete with our neighboring countries in the context of ASEAN (Association of Southeast Asian Nations) economy,” she said in a press conference Wednesday.

Pollentes said that after the training, those who are already engaged in business can have them registered with DTI so they could later on transact with more suppliers and buyers.

For startups, they can probably think of a product or service that is not yet available in their barangays, then embark on it, the official said.

During the session, they will be made aware of the services available at the DTI and Negosyo Center as well as their other partners in business development.

DTI hopes to cover 87 barangays by November as they target to commence the activity this July.

The villages listed for the Negosyo Serbisyo are in the towns of Guimbal and Tubungan in the province’s first district; San Miguel, Leganes, New Lucena and Zarraga in the second district; Badiangan, Bingawan and Mina in the third district; Anilao, Banate and Dueñas in the fourth district; and Balasan, Batad, Lemery, San Dionisio and San Rafael in the fifth district.

Pollentes said the DTI provincial officer chose the recipient barangays and residents who are interested to avail of business services may just approach their village officials. (PNA) 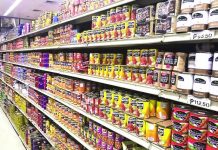 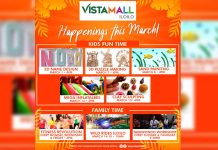