MANILA – The upgrade of the Philippines’ investment grade credit rating to “BBB+” with stable outlook may be an indication that investments will be a regular major growth driver of the economy.

This was pointed out by ING Bank Manila senior economist Nicholas Mapa after S&P upgraded its ratings for the domestic economy on Tuesday due to continued robust expansion, healthy external position and sustainable public finances.

“The string of six percent plus growth was likely considered as the Philippines enjoys a demographic dividend but also looks to evolve into a new investment driven growth narrative,” Mapa said in a research note.

“Government officials must look to safeguard this growth momentum going forward,” he said.

In the last quarter of 2018, growth, as measured by gross domestic product (GDP), expanded by 6.3 percent, driven by construction, trade and repair of motor vehicles, motorcycles, personal and household goods; and other services. For the whole of 2018, the GDP grew by 6.2 percent.

Among the major economic sectors, Industry registered the fastest growth at 6.9 percent and was followed by Services, 6.3 percent, and Agriculture, 1.7 percent.

The government is committed to increase investments in infrastructure to sustain, and even increase the current rate of economic growth and to entice more investors.

Mapa said that aside from strong growth of investments, the ratings upgrade may also be due to S&P’s readings on the country’s external position, which he said is “as favorable with its more than adequate level of gross international reserves and the proverbial ‘aces up our sleeves’ in (overseas Filipino) remittances and BPO (Business Process Outsourcing) receipts.”

He said remittances and BPO receipts have been the primary sources of the country’s foreign currency reserves.

“The upgrade limits the reliance on interest rate differentials to bolster the PHP (Philippine peso) as foreign flows are seen to continue even with less attractive carry trade opportunities,” he added. (PNA) 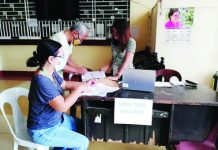 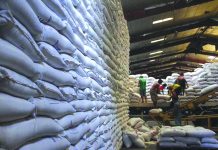