The 44-year-old Nortberto Robles was believed to have died due to an illness which was not immediately identified in the police report.

Initial investigation conducted by the Lambunao police also showed no indication that he was murdered.

Robles was found lifeless around 3 p.m. on Sunday./PN 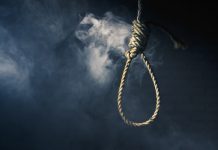