[av_textblock size=” font_color=” color=”]
ILOILO – Three fishermen with no permits were apprehended by the Iloilo Provincial Bantay Dagat Task Force off the coast of Concepcion town.

Police Officer 3 Charlie Asturias reported that these fishermen were fined P2,500 each for violating Section 9.06 of Municipal Ordinance No. 01 Series of 2008 (Engaging in Fishing / Fishery Activity without License or Permit).

These fishermen were Joefrey Ceriaco of Barangay Igbon and Charlie Are and Jose Villamor of Barangay Poblacion, all in Concepcion.

They were onboard motorboat St. Vincent, Miracle and G-Boy when the task force caught them during their seaborne operation.

Upon paying the compromise fine, the three were released from the town’s prison cell. (Jezza Nepomoceno/PN)
[/av_textblock] 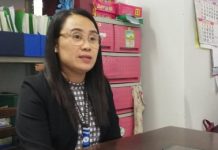 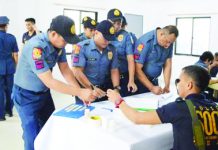