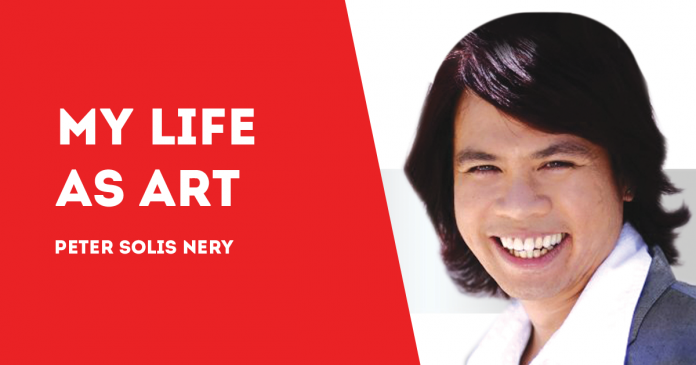 I’VE BEEN traveling a lot on this, my 50th year.
And I like my life on the road.
I’m still a little stressed about airports and immigration lines.
But I’m getting the hang of it.
I’m getting better all the time.
I’m even getting better at driving distances.
*
Full disclosure: I really haven’t driven over two hours on a stretch.
The farthest I usually drive from my house in Reisterstown is Hagerstown, MD (77 miles, 1hr 20mins), Virginia (66 miles, 1hr 20mins), West Virginia (78 miles, 1hr 30mins), and Washington DC (56 miles, 1hr 15mins).
*
But for this year’s Thanksgiving week, I drove 192 miles (3hrs 40mins) to Roxbury, New Jersey to visit my cousin.
From there, I even went to meet a visiting Ilonggo priest-friend in River Dale, which was an hour drive away.
I’m so proud of myself.
*
On the Black Friday sale after Thanksgiving, I bought air tickets to Los Angeles, and Vancouver for my December trips.
And for good measure, I went to Amazon.com to buy carry-on bags that will have no trouble with all sorts of airlines.
Do not be fooled by “universal standard size” suitcases.
Some airlines go crazy over exceeded 1 or 2 inches, especially if they want you to pay checked bags.
I don’t want to argue over 1 inch.
But I don’t want to pay extra for checked bags either.
*
On 11.11 (yes, that’s November 11), I also took advantage of Cebu Pacific’s “piso fare” promo.
I ended up spending a little less than $450.
But that included June to September 2020 trips to Australia; Malaysia, and Vietnam from Manila; and my trips to Manila, General Santos, and Hong Kong from Iloilo.

Six vacation trips in four months.
*
I have been a little lazy in November.
Didn’t I simply serialize one of my stories to keep you entertained?
But the bigger truth is this: I retreated from much online and social activity to reflect on my life so far.
*
I told you I’m a very reflective and spiritual person.
I may seem spontaneous most of the time.
But that’s only because I actually have already planned the bigger picture.
And my plans are long term.
That’s why I consult with God, and I keep still listening to what my God says in the stillness of my heart.
*
After five years of living alone (even if not lonely) in Maryland, I am now seriously thinking of selling my house, and spending my money on traveling the world.
I would really like that.
The wanderlust in me isn’t dead yet.
*
I totally enjoyed my grand trip of Europe two years ago.
I mean, I wouldn’t mind if I don’t do it again as grandly.
But I still want to go around before I croak.
And hopefully, before I’m 75!
The world is just so big and beautiful.
And also, “small” in a sense at the start of this present millennium.
*
I’m also entertaining thoughts of doing postgraduate studies just to amuse myself.
I mean, I want to go to school, and meet young people.
Maybe just go to school to flirt.
I mean, I know I’m smart, and I don’t really see scholastic studies as something difficult.
*
I thrive on academic bullshit.
Because I know I’m smarter than most.
And seriously, I only think post grad studies are difficult for most people because they are poor, and can’t afford it.
Most need to work to pay their way to school.
I’m not poor.
*
I mean, I’m not rich.
But as one of my friends tells me, “You are still in a better position than anybody.
You have some money in the bank.
You have some money stashed away for retirement.
And you have Casa Dom Pedro, not to mention your other properties in Dumangas.”
*
I love friends like that who put things in perspective.
I am not miserable.
That’s why I don’t complain if I don’t have a boyfriend.
It’s a bitch to have different sex partners.
But that’s why I have Truvada—the HIV prophylaxis.
*
I was a little worried about the side effects of pre-HIV protection.
Kidney, liver, bone problems, anyone?
But I’d rather be protected from HIV than not.
I’m freaking 50.
The kidney, and liver, and bones will have to go sometime.
But I want my sex while I can.
*
I want a healthy dose of sex before I’m sixty!
Between Long Life and Plentiful Sex, I quite frankly would prefer Sex.
It may not seem realistic for you, but I’m 50.
And I know what I’m talking about.
So, just shut up! ([email protected]/PN)