MANILA – Kat Tolentino will not be in the court with the Ateneo de Manila University Lady Eagles when it defends its UAAP women’s volleyball championship in Season 82 next year.

This was after the 24-year-old winger announced over the weekend that she will be foregoing her final year of collegiate eligibility after winning her first UAAP championship.

There were rumors that the 6-foot-3 Filipina-Canadian will be moving on to the semi-professional ranks where she is reportedly being eyed by Philippine Superliga team Petron Blaze Spikers.

Tolentino will be one of the four players from that championship roster that will not return next year aside from Madeleine Madayag, Bea de Leon and Negrense Kassandra Gequillana.

Tolentino, sister of former Ateneo Blue Eagles center Vince Tolentino, did not actually had a great start in her UAAP career as she suffered three Anterior Cruciate Ligamen (ACL) injuries even before making her debut.

Tolentino had a breakthrough in the just-concluded Season 81 where she averaged career-high 14.2 point per game on 30.23-percent attack accuracy and 0.63 kill blocks per set.

In the championship series against University of Santo Tomas Golden Tigresses, Tolentino normed 12.7 points per game, including 15 points in the title-clinching Game 3./PN 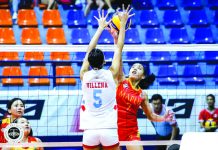 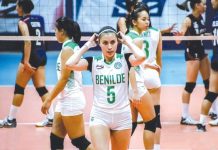 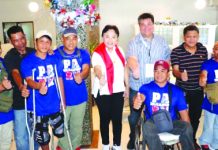