BORACAY Island – The Sangguniang Bayan of Malay, Aklan has asked the Boracay Inter-Agency Rehabilitation Management Group (BIARMG) to allow fireworks display in this world-famous island to welcome the New Year.

“There are guests with hotel bookings and they are expecting to watch the fireworks display in the island,” Graf said.

Local authorities, however, identified the fireworks display after 9 p.m. everyday as one of the many activities restricted during the rehabilitation phase, including the ban on beach parties, drinking and smoking on beaches and public places.

Last year, the municipal government of Malay also urged the Boracay task force to lift the ban on fireworks display – a tradition for thousands of revelers from different parts of the world to welcome New Year in the tropical island.

But the ban remained in place, as the task force claimed it would disturb the breeding and mating sites of bats in the area.

Meanwhile, the municipal government only allowed the use of fireworks for New Year countdowns within a reasonable distance from the shoreline of mainland Malay.

Councilor Dante Pagsuguiron also supported the call to allow fireworks display, saying Boracay Island has celebrated New Year with fireworks at the stroke of midnight before the six-month temporary closure.

Prior to the Boracay rehabilitation, the island was well known to have festive and traditional holidays especially on New Year and Christmas with lots of thrilling countdown parties and stupendous music on the White Beach area.(With a report from Akean Forum/PN) 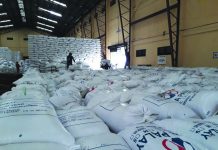 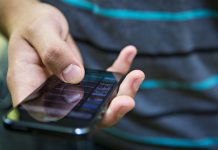