MANILA – Real estate developers, asset managers and land use consultants said Metro Manila cities could still avert urban decay if they gear up to become “smart cities” through technology, amid the surge of urban migration and traffic congestion.

In a press conference at the CEO Forum Summit “Riding the Revolution of Real Estate”, Christophe Vicic, country head of JLL Philippines, said the Real Estate Summit brought together leaders of the real estate and construction sector to discuss disruptions in the industry and how to manage and deal with the growth momentum given the promising outlook of the country’s real estate business, which has so far sustained its growth and resilience this year.

Whether or not Metro Manila would be dead in 25 years, Vicic said he believes the will to change will make Metro Manila as only one of the centers in the Philippines in 20 years to 40 years, because other cities will grow.

Region 4-A, also known as Calabarzon (Cavite, Laguna, Batangas, Rizal and Quezon), is near Metro Manila and has been ushering the construction and real estate boom with local governments that are striking a balance between industrialization and environmental conservation, the summiteers said.

“I cannot see Metro Manila disappearing. There will be an obsolescence of some real estate but a lot of other cities in some situations have regenerated, rebuilt, taking down their old buildings, building new or not building but rather creating green space because you have a choice,” Vicic explained.

He shared that the first phase and current trend in property development is to create a master city in the new environment, in new places, which is “much easier, much cheaper.”

Vicic, whose JLL firm is advancing the “Future of Work Model”, is implementing a new strategy for transformation after spending years in Russia and the former Soviet Union states to grow with the market and become global market movers in developing assets and real estate property.

“The Philippines is a fast-growing economy and real estate is a really wide denomination and office space is just a part of it. And there is growing demand for residential, retails, hospitality, private or commercial sectors in the Philippine property market, such as industrial warehousing, logistics hubs, and with economic boom, this is one of the fast-growing businesses,” he said.

He acknowledged that the real property sector is rarely consulted by government, a common observation in most countries, but they have since gathered experts from centers of excellence because urbanization is not new and has been there since some 2,000 years ago in the US, Europe and some big cities in Asia.

“The real challenge is which stage of the development of the city you are now and you start thinking for the future as this is the problem on how you deal with legacy or improving the legacy and build a new one,” he said, describing this as a “major challenge in the Philippines.”

He disclosed that there is a lot of private investment in real estate, where property developers and real estate consultancy firms have been working to give advice and consultancy services, making the best use of the land within future work, planning, sustainability, and livability, especially on big development issues.

“You can’t close Manila, like you did to Boracay and we’re going to build a new city because you have to do it as the city grows, with small people looking for work, more construction, and more cars, among others. But let’s start something,” Vicic urged.

According to research and data gathered by JLL for the Summit discussions, the country’s real estate sector is expected to maintain its growth and resilience in 2019, after an upward trend in the office, residential, retail and hospitality sectors of the Philippine property market last year.

In the residential sector where condominium supply grew, data obtained from the Bangko Sentral ng Pilipinas showed condominium prices, especially in the metro, have grown by 6.4 percent, suggesting stable demand.

Workspaces are also growing steadily, with an estimated 1 million square meters of office space added to the current stock.

On the other hand, the hospitality sector is also booming with international brands coming in, including the growing rate of both local and foreign tourism.

Janlo delos Reyes of JLL’s research and consultancy department, urged to work on real data that property developers and real estate industry could work on so they would have a full grasp of what to do with properties as the growth of real estate is expected to spill over this year, giving rise to smart cities.

Amid fears of calamities, such as an earthquake, the real estate leaders and property developers urged building contractors to have a very good standard in construction.

“I think with the cracks and collapse of some structures during the recent quakes, these testimonies should guide us to have a very high standard of construction because we cannot do away with this disaster,” Vicic said. (PNA) 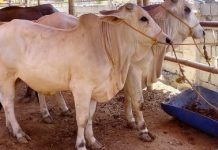 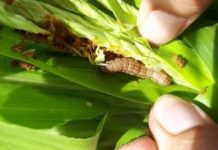 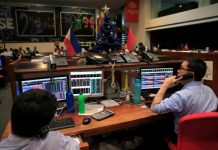