MANILA – Mighty Sports-Philippines survived an endgame run by the United Arab Emirates National Team to score an 86-78 win in the 30th Dubai International Basketball Championship on Saturday at the Shabab Al Ahli Club in Dubai, UAE.

Randolph Morris led the way with 20 points, with 15 coming in the opening half, while Justin Brownlee added double-double 18 points and 11 rebounds for the Philippines squad, which improved to 2-0 win-loss slate.

Mighty Sports started strong early behind Morris and Brownlee for a slim 29-24 advantage. The lead swelled further to 49-36 at the half with contributions from Juan Gomez de Liano and Jeremiah Gray.

Mighty Sports continued to dominate in the second half en route to its biggest lead of the game at 20 points on a conversion from Adams. The UAE, however, did not easily give up as it mounted a fight back to come to within nine points.

But that proved to be the last stand of the UAE national team as timely baskets from Brownlee and Morris increased Mighty Sports lead back to double-digits with less than two minutes in the game.

The Mighty Sports-Philippines, however, are set to be tested as it battles defending Lebanese Basketball League Champion Homenetmen Beirut on Sunday night (Monday morning in Manila)./PN 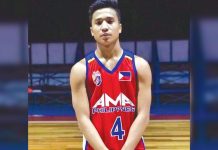 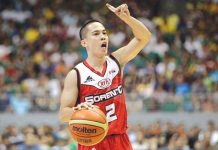 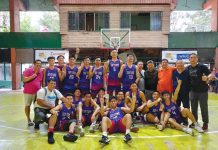