Cloyd Seballos waxed hot with five triples to finish with 19 points, Aldave Dave Canoy added 16 markers, while Cyrill Nenecio and Rolando John Ruiz had 15 and 14 markers, respectively, for the Mustangs.

For ruling the NBTC regional finals, the Mustangs secured their ticket to the NBTC national finals to be held next month in Manila.

Holding to a slim 23-17 lead after one, the Mustangs started to pull away in the second period with balance offense from Nenecio and Seballos to build a 40-31 halftime advantage.

Mike Boniel kept the San Carlos City afloat in the second half as he cut the deficit to 51-56 before the Mustangs went for the finishing blow in the fourth behind Canoy and Ruiz for its largest lead at 73-55.

Boniel, meanwhile, was the lone bright spot for the San Carlos City with 50 points.

On their way to the championship round, the Mustangs defeated the Colegio de Sta. Ana de Victorias Titans, 80-76 while San Carlos City outplayed University of St. La Salle, 79-66./PN 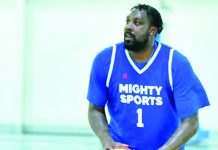 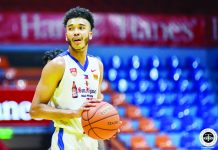 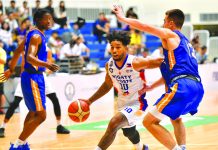