In an en banc decision on Wednesday, the SC rejected the petition of suspended lawyer Elly Pamatong due to lack of legal standing and the lapse of the prescribed period to take such legal action.

“Petitioners right to hold the disputed office, if at all, arose on June 30, 2016, when respondent was inaugurated as the 16th President of the Republic of the Philippines. Following this, petitioner’s cause of action prescribed on June 30, 2017,” the court said.

The SC added that Pamatong lacks the legal standing to bring an action for quo warranto noting that any person who brings an action “must be able to substantiate a personal stake in the outcome of the controversy he brings for determination.”

Pamatong filed the quo warranto petition against Duterte claiming that the latter was usurping the powers of the chief executive despite having an illegal certificate of candidacy (COC) during the 2016 elections.

He added that Duterte lacked the constitutional authority to “represent the government in any capacity” because his COC was filed late and was “never approved” by the Commission on Elections en banc.

The Comelec en banc, however, accepted Duterte’s candidacy, as a substitute for then anticrime advocate and now Interior undersecretary Martin Diño, in December 2015. Duterte ended up winning the May 9, 2016 elections with over 16 million votes.

A quo warranto proceeding, as defined under Rule 66 of the Rules of Court, may be brought on behalf of the government to remove an unqualified official from their position. It may be initiated against anyone who “usurps, intrudes into, or unlawfully holds or exercises a public office.”

The president and the vice president may face a quo warranto petition under the Presidential Electoral Tribunal rules, the Supreme Court said in its ruling that favored a similar plea and ousted Maria Lourdes Sereno as chief justice./PN 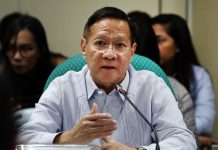 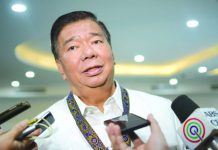