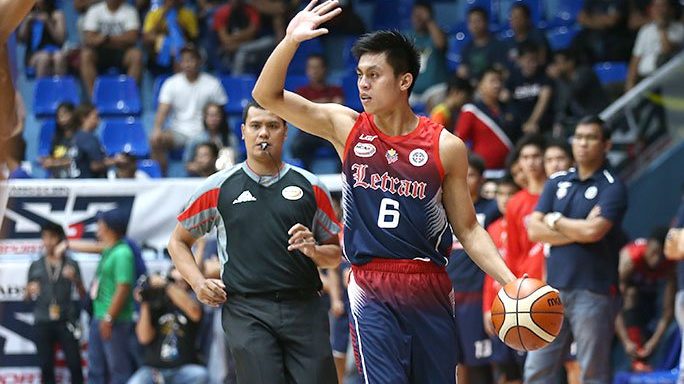 MANILA – Rey Nambatac capped off Rain or Shine Elasto Painters’ run with a game-winning trey to beat Blackwater Elite, 83-80, in Game 1 of the 2019 Honda PBA Commissioner’s Cup quarterfinals last night at the SM Mall of Asia Arena in Pasay City.
Down 72-80 with under two minutes in the match, the Painters came up with eight straight points — a triple by Carl Montgomery, a layup by Nambatac and a triple by Gabriel Norwood — to tie the score at 80-all with 38.6 seconds left.
After another empty possession from the Elite, the Painters completed its fight back with Nambatac ankle-breaking his defender Shej Roi Sumang of the Elite before draining the game-winning triple with 2.3 seconds left.
Eduardo Daquioag top-scored with 19 points, while Montgomery had double-double 17 points and 19 rebounds as the Painters moved a win closer from reaching the semifinals round.
Nambatac contributed 13 markers, with five coming in the final minute of the match, while Beau Belga and Norwood had 11 and 10 markers for the Painters, which were playing sans injured James Yap and Maverick Ahanmisi.
Holding to a slim 22-21 lead after the opening quarter, the Painters broke away in the second period behind Daquioag, Montgomery and Norwood to take a 50-39 lead at the half.
The Elite, however, got its outside shooting going in the third period as it led by as much as nine points before the Painters inched closer at 72-77 in the fourth. It eventually took an 80-72 edge on a Bobby Ray Parks Jr. triple.
Parks top-scored with 20 points, including six triples. Rey Mark Belo added 17 markers while new import Gregory Smith had double-double 16 points and 19 rebounds for the Elite.

In the second game, Barangay Ginebra San Miguel Kings survived several runs from Magnolia Hotshots for an 85-79 win and gain a 1-0 edge in the best-of-three quarterfinals series.

Behemoths’ absence an edge to other teams in PBA PHL Cup?