Jayvee Mocon led the way with double-double 24 points and 11 rebounds on Thursday night.

Despite surging to solo first place with its ninth straight win and snatching the Final Four incentive, Red Lions head coach Teodorico Fernandez III still refused to let his guard down in their remaining games.

“We are happy to be in the top two but we still have two games to go,” Fernandez said. “We will consider the rest of our elimination round games as our preparation for playoffs. The teams in the Final Four are really strong.”

Holding to a slim 22-17 lead after the first 10 minutes, the Red Lions started to pull away in the second period to go up by 15 points at the half before widening the lead for good in the second half for the most lopsided win in the season.

Dariel Bayla had 12 points and six rebounds while Ian Alban added 10 points for the already eliminated Chiefs, which dropped to 5-11 slate.

Lyceum of the Philippines Pirates clinched the other semifinals incentive as it fended off the struggling College of Saint Benilde Blazers, 77-64.

“We know it’s gonna be tough from here on. We’re so locked in on what we prepared for. We never abandoned to what’s really important to us,” said Pirates head coach Michael Robinson./PN 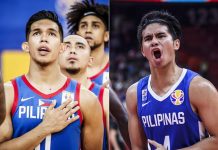 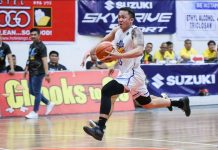