With the score tied at 1-1 on Thursday at the Rizal Memorial Stadium, the San Carlos City, Negros Occidental native rookie produced the game-winning goal at the 77th minute to send the Green Archers back to the finals after four-year absence.

The Green Archers will also have a chance to end a 21-year title drought when it battles Ateneo de Manila University Blue Eagles in the one-game final at 4:30 p.m. on Thursday next week.

The Green Archers drew first blood in the semifinals with a conversion from rookie Jovan Marfiga in the 20th minute before the Fighting Maroons equalized 18 minutes later courtesy of King Miyagi.

“In the Final Four, anything can happen.  It is more on who wants it more and who is prepared for the semis.  Now we are one step closer to our goal right now,” said Green Archers head coach Alvin Ocampo.

Meanwhile, the Blue Eagles leaned on the second half conversion of Jarvey Gayoso to score a 1-0 victory over the Far Eastern University Tamaraws in the other Final Four match.

The victories of the two rival schools will pave the way for the first De La Salle-Ateneo football finals series since 2006, when the Katipunan-based side completed a three-peat./PN 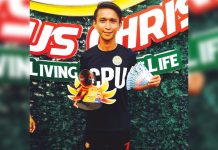 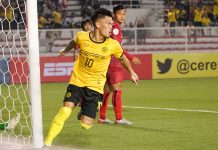 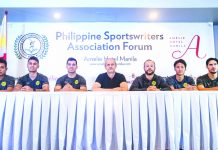